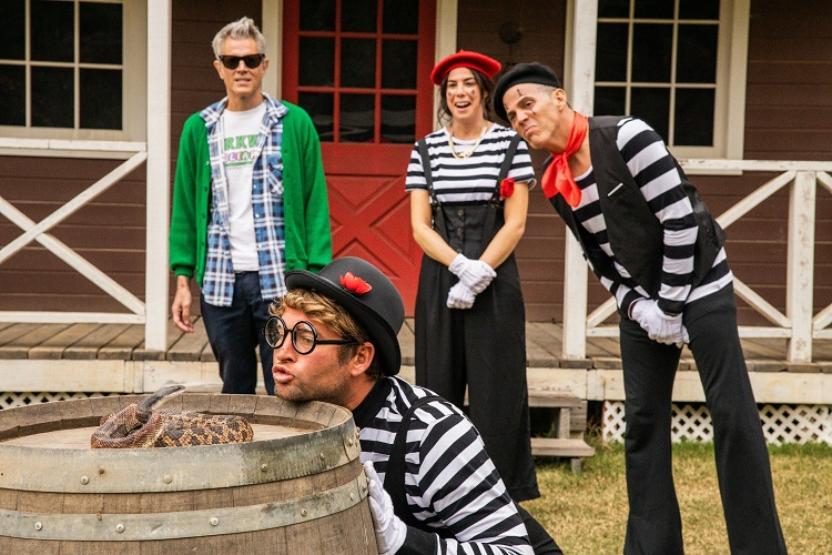 If you’re new to the whole Jackass experience, Jackass ran for three seasons on MTV between October 2000 and February 2002 it then went on to spawn three features films and a number of spin-offs, the last one, Jackass 3D, airing in cinemas in 2010. The premise is pretty simple in that a group of grown men and women, led by the creator of the show Johnny Knoxville take part in pranks and stunts that are just downright dangerous.

The fourth film in the long running franchise, and alleged last, sees the original cast including Knoxville, Steve-O, Chris Pontius, Dave England and Wee Man being joined by a number of new younger “victims”. Although the cast might have changed to a certain degree most of the pranks feel like we’ve seen them before, there is only so many ways that you can kick or punch someone in the testicles before it becomes a bit repetitive. Some old footage from the TV series shown over the end credits only manages to reinforce how repetitive and samey the pranks actually are.

Starting off promising with some genuinely funny and original pranks, including the re-enactment of a Godzilla type monster movie, that unsurprisingly involves testicles, and a scene with unwitting cast members being locked in a dark room with a poisonous snake, Jackass Forever quickly reverts to type and by the halfway mark repeated scenes of people being tasered, bitten by poison reptiles’ and soiling their pants fail to raise the same level of mirth.

If you are a fan of the jackass TV series and films then Jackass Forever is going to feel like the return of an old friend, whereas if you’re new to the whole thing you might just end up leaving the cinema slightly underwhelmed and wondering what all the fuss was about.