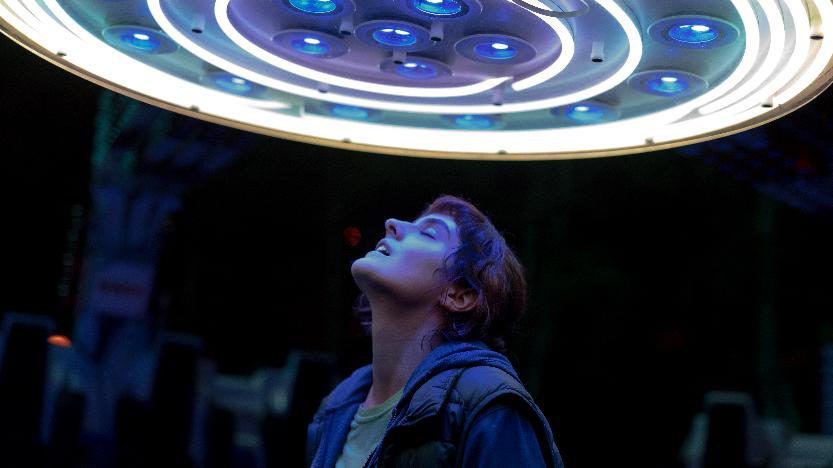 They say that truth is stranger than fiction and the truth behind the story that inspired Jumbo couldn’t be any stranger.

In 2007 Erika La Brie, an American female competitive archer and advocate for object sexuality become Erika “Aya” Effel after she married the Eiffel Tower. If that wasn’t strange enough, it seems that Jumbo isn’t the first time that her life has been transferred to art, her 20 year relationship with the Berlin Wall inspired a musical theatre production called “Erika’s Wall”.

Now Belgian writer-director Zoé Wittock's puts her twist on the tale with Jumbo a story about a young woman (Noémie Merlant) who falls in love with a fairground ride she calls, not surprisingly, Jumbo.

It’s hard to say what line Wittocks taking with her story, is it part comedy, is it a drama, is it a tale of mental health, which it really should be, or is it a mixture of all three? I suppose everyone will take something different from this rather eccentric story.

Merlant, given what she has to work with, is excellent. It can’t have been easy, in a scene that has to be seen to believed, to cover yourself in oily hydraulic fluid and simulate making love to a fairground ride.

The visuals in Jumbo are stunning as Wittock makes great use of lighting and the fairground setting. As for the story, if it hadn’t happened you would never have believed it.