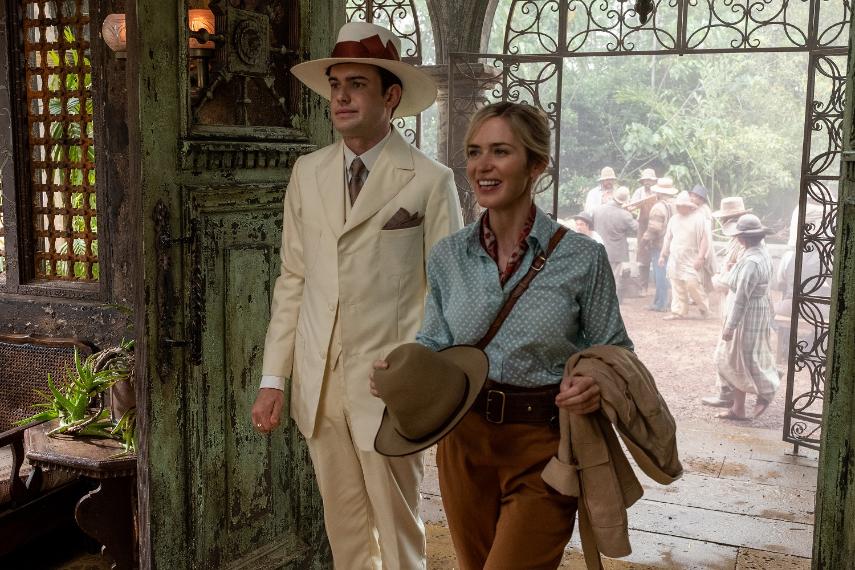 Over the years Disney have had varied success with movies based on their theme park rides, everyone remembers Pirates Of The Caribbean but Country Bears and Haunted Mansion are two that are better forgotten.

Now in an effort, I imagine, to create a new franchise comes Jungle Cruise.

Jungle Cruise is based on a ride at Disneyland and Disneyworld where guests are taken on a riverboat through perilous jungles. Along the way, skippered by a captain who tells really bad jokes, the boat passes various model animals and characters. In all honesty having experienced the ride on more than one occasion I never found it that exciting so it was always going to be interesting how the folk at house of mouse were going to exploit this particular ride.

Now having experienced both the movie and the ride I’m pleased to say that Jungle Cruise the movie is everything and more than you could have hoped for as it’s an exciting thrill a minute adventure that has overtures of Pirates, Raiders of the Lost Ark and even Prince of Persia.

The story, set sometime during the first world war, the first 10 minutes are a homage to the ride and easily, if you know the ride, the best part of the movie, sees Dr Lily Houghton (Emily Blunt) and her brother MacGregor (Jack Whitehall) enlisting the services of wisecracking skipper Frank Wolfe (Dwayne Johnson) to take them up the Amazon River in search of the fabled tree of life.

Unfortunately for them they are not the only ones interested in the tree as German Prince Joachim (Jesse Plemons) is also after the same thing and will stop at nothing in order to find the tree before the Houghton’s’.

The action moves along at a cracking pace as Frank and Lily move from one action set piece to another. Throw in some terrific onscreen chemistry between Blunt and Johnson and Jungle Cruise and what you have is the family adventure movie of the summer.

Don’t miss and also don’t forget to watch out for the backside of water.