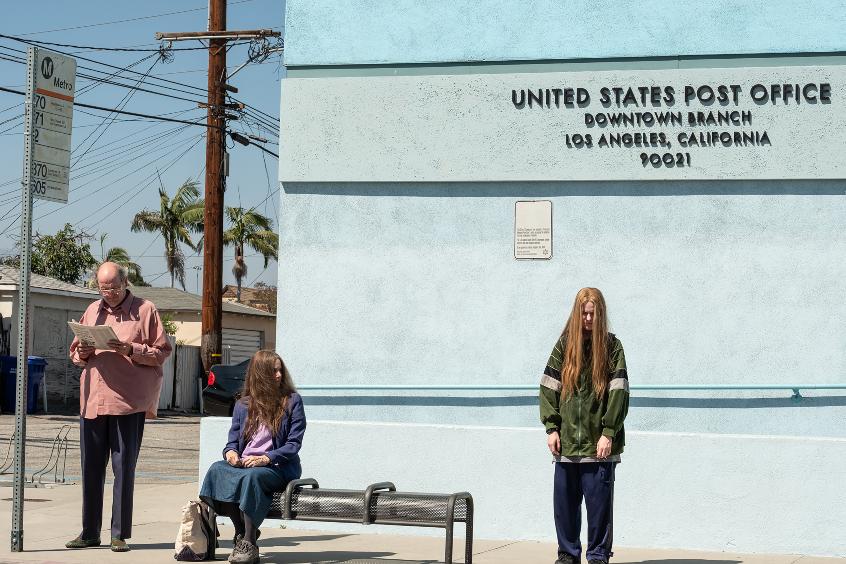 Miranda July is a multi talented American singer, actress, screenwriter and director, whilst not prolific in the amount of films that she has directed, she has only directed two films The Future (2011) and Me You and Everyone We Know (2005), both her films have been universally praised by critics.

After a 9 year break July is back behind the camera with her latest film Kajillionaire, an eccentric tale about family, relationships and love.

Kajillionaire begins outside a post office somewhere in Los Angeles. It’s here that we first meet Robert (Richard Jenkins), Theresa (Debra Winger) and their daughter Old Dolio (Evan Rachel Wood), a trio of con artists who will try anything in order to make a few dollars. On the first occasion that we see them Old Dolio (her name is explained later in the film) is stealing parcels from inside the post office.

Adding to the families woes, they live in an industrial unit where each day bubbles cascade in from the adjoining soap factory, their landlord is hounding them for $1500 in back rent.

Desperate for money, and with the risk of being thrown onto the street, the trio of would be bandits concoct an idea that involves them taking a short return flight and on the way back claiming that they’ve lost their luggage. The insurance money being enough to pay off their rent.

On the return journey they meet fellow passenger Melanie (Gina Rodriguez) a bubbly and happy soul who, looking for some excitement, convinces the trio to involve her in their next con.

As the cons become more serious, one involves stealing a cheque book from a dying elderly man, Old Dolio starts to have doubts about the life that her parents have given her. Starved of any love and affection she ultimately seeks solace in her friendship with Melanie.

Dealing with subjects such as mental health, loneliness and abuse with sensitivity Kajillionaire is a fascinating, dark and sometimes comical look at how a person’s upbringing shapes who that person will eventually become.

Helped in no small part by wonderful performances from her cast Miranda July has managed to add another hit to her short but otherwise impeccable directorial CV.