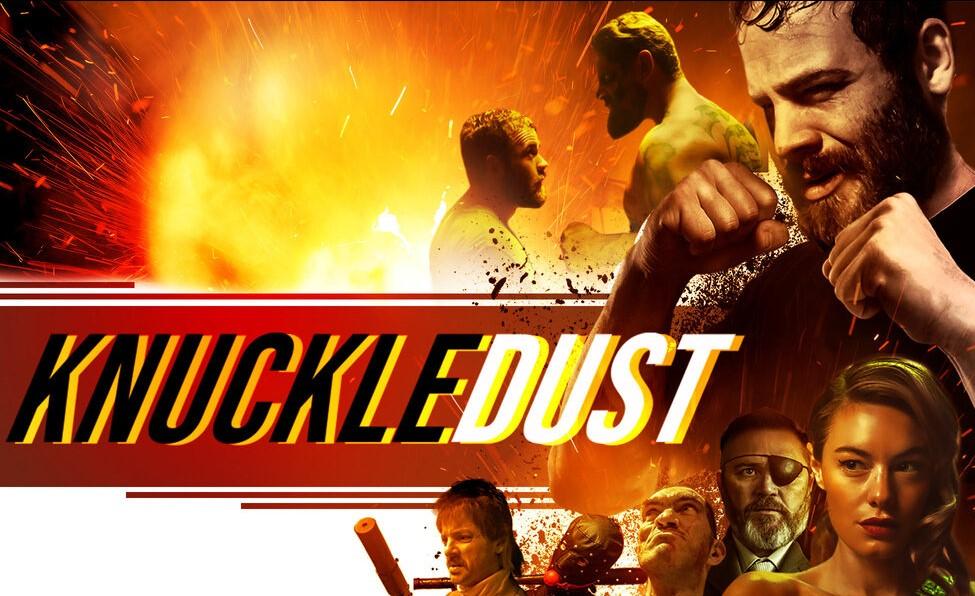 It’s obvious from watching Knuckledust that writer director James Kermack is a big fan of a certain type of genre film as there’s more than a passing resemblance to the works of the likes of Quentin Tarantino, Guy Ritchie and Robert Rodriguez, it’s just a shame that comparisons are only fleeting as Knuckledust, with a story that’s nothing short of confusing, is a hard and not particularly enjoyable watch, A poor man’s Fight Club would be a better title.

Moe Dunford (Vikings) stars as an ex-soldier, who goes by the fighting name of Hard Eight. Taken to an underground fight club where the homeless and the forgotten are forced to fight to the death Hard Eight, after things turn sower culminating in numerous deaths, is taken to a police office for interrogation. The purpose of the interrogation being to find out the mastermind behind the said fight club.

Told in flashback as Hard Eight is being interviewed by a number of police officers, including a Chief Inspector (Katie Dickie) who appears to be taking more of an interest than anyone else, various strange characters pop in and out of the story, including a deaf bodyguard (Guilluam Delauay), a henchman, complete with an 80’s mullet and two bickering hitmen (Phil Davis and Mathew Stathers).

Knuckledust is nothing short of a mess from start to finish, the story’s all over the place making it feel so much longer than its 1 hour 45 minute running time, if you’re not scratching your head by the end then you’re a better person than me. The acting ranges between terrible and just about passable, even seasoned actors like Phil Davis and Katie Dickie appear to have been struck down by an affliction that’s taken away their skills.

If you’re a fan of really trashy films and watching a grown man fighting with various people dressed in rubber bondage gear brandishing martial art weapons that resemble phallic symbols then Knuckledust might be for you.