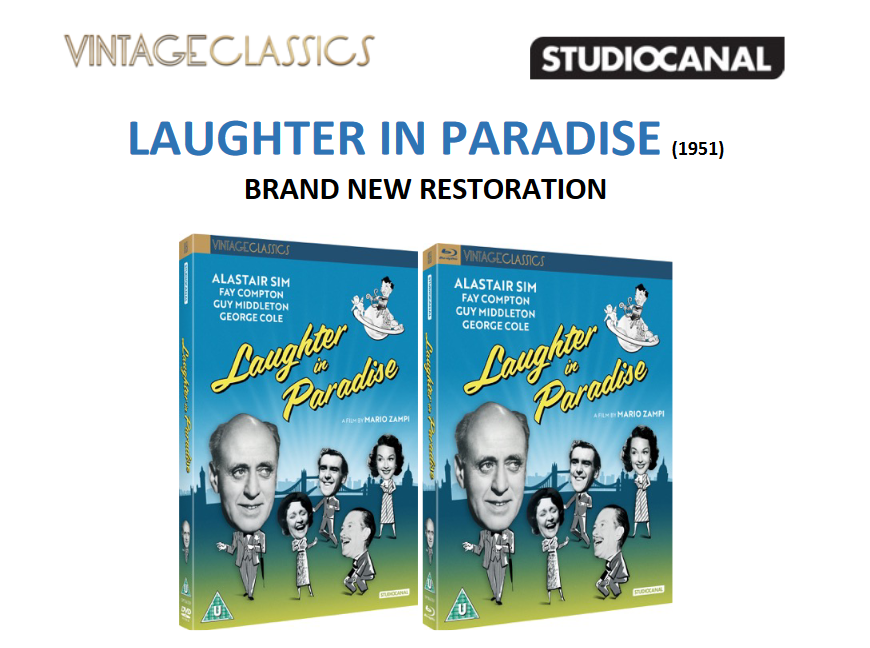 STUDIOCANAL has announced the release of a brand-new restoration of the classic British comedy LAUGHTER IN PARADISE. Starring Alastair Sim (The Green Man, School for Scoundrels), directed by Mario Zampi (Mr. Potts Goes to Moscow) and written by Jack Davies (Those Magnificent Men in Their Flying Machines…) and Michael Pertwee (A Funny Thing Happened on the Way to the Forum). Originally released in 1951 Laughter In Paradise will be released on DVD, Blu-Ray and Digital on June 29. Supporting Sim are a veritable who’s who of the era including George Cole (The Happiest Days of Your Life), Fay Compton (The Haunting), Guy Middleton (The Captive Heart) and Hugh Griffith (Ben-Hur). The film also features an extremely early appearance on film from a young Audrey Hepburn. This new version of LAUGHTER IN PARADISE comes looking better than ever and is bundled with brand new bonus content.

Laughter In Paradise is the latest addition to Studiocanals VINTAGE CLASSICS collection. Synopsis The four remaining relatives of famed practical joker Henry Russell are brought together to hear his last will and testament, revealing a £50,000 inheritance for each of them, if they can complete a set task that is completely at odds with their character. The assignments are designed to reflect their greatest shortcomings and test their ability to adapt, and ultimately change for the better. Law-abiding retired army officer Deniston (Alastair Sim) secretly writes scandalous novels, until he is given a week to get himself arrested for an actual crime and jailed for exactly 28 days. Haughty Agnes (Fay Compton) must find employment as a housekeeper in a middle-class home and retain her position for a month despite her disdain. Simon (Guy Middleton), a penniless womanising rogue, has to marry the first single woman he speaks to, such as the cigarette girl at the club he frequents (Audrey Hepburn). Finally, timid Herbert (George Cole) needs to hold up the bank manager he works for with a mask and a toy pistol. What could possibly go wrong? 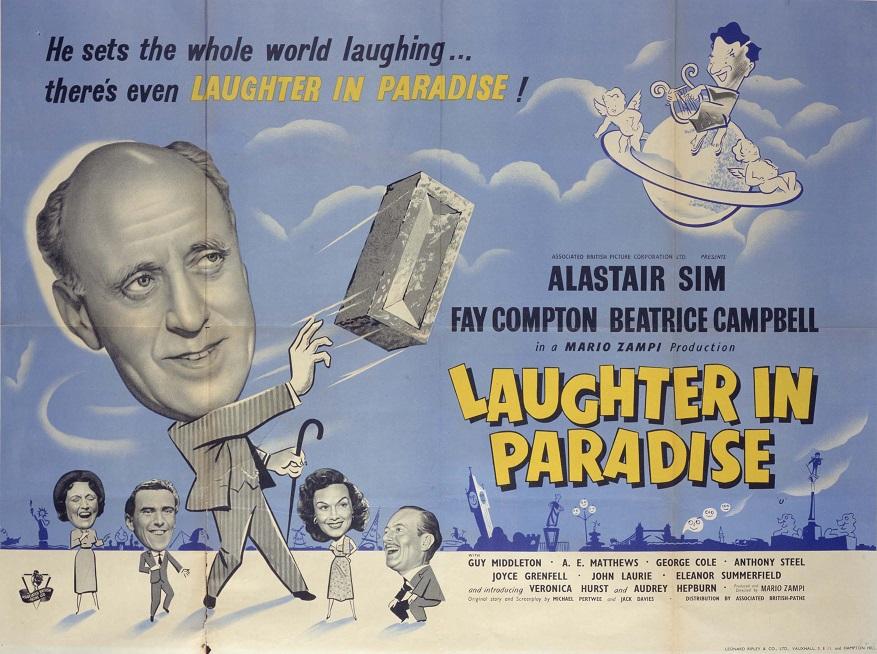 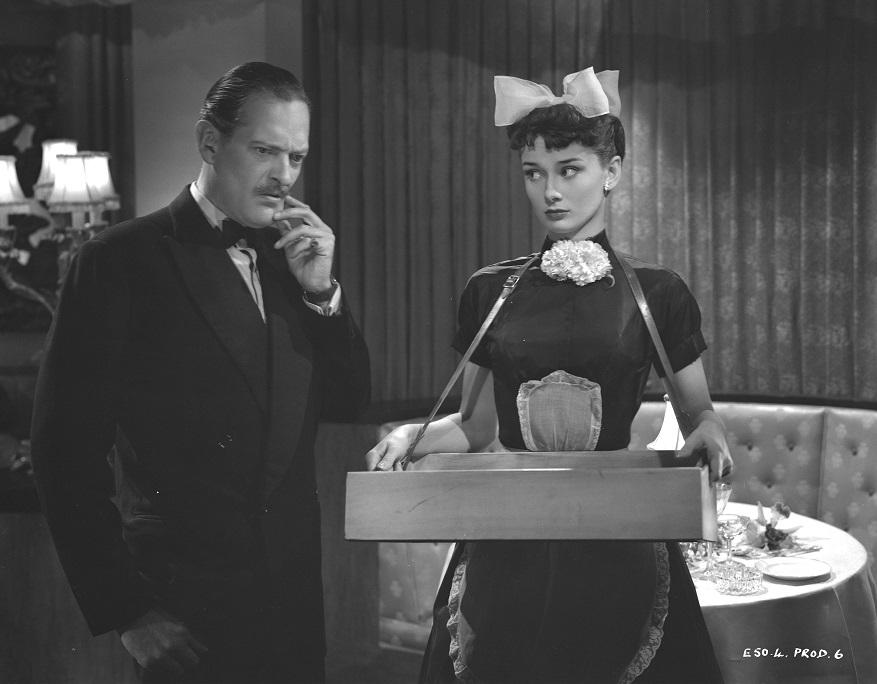