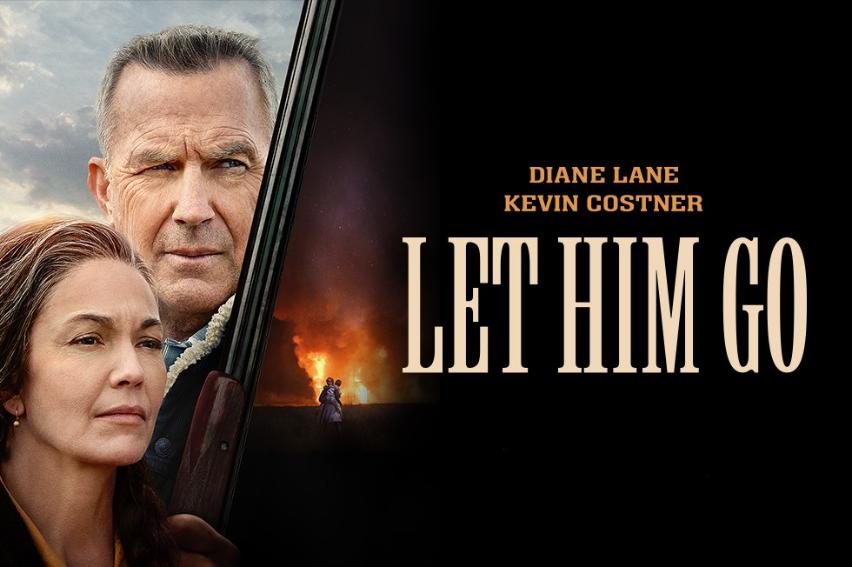 The storyline of Let Him Go is laid out within the first few minutes and after that Let Him Go slowly, I don’t want to say meander as that would imply that it’s dull, which it never is, builds to its dramatic and emotional conclusion.

Adapted from Larry Watson’s novel of the same name Director and writer Thomas Bezucha brings to the screen one of the most compelling and enjoyable films of the last few months.

Kevin Costner and Diane Lane, teaming up as a couple again after playing Superman’s parents in Man Of Steel, shine as George and Mary Blackledge, a retired sheriff and horsewoman who stay on a Montana ranch along with their adult son James (Ryan Bruce), his wife Lorna (Kayli Carter) and their young son, Jimmy. After their son is killed in a riding accident, in what seems like no time at all, Lorna marries a bad apple called Donnie Weboy (Will Brittain). We know that he’s no good as their no sooner married when he’s seen by Mary, through her windscreen as she sits at traffic lights, violently assaulting Lorna and the young boy sitting in her car. Worried for their safety Mary heads to their apartment only to find that they’ve left in a hurry.

Fearing having lost the last connecting that they have with her dead son Mary convinces her husband that they should head out in search of him.

After a long drive through some beautiful North Dakotas countryside, where the pair talk about life issues, they eventually end up at the Weboy’s farm where the acid tongued mother Blanche Weboy (Lesley Manville), over a meal of pork chops, tells the worried grandparent, in no uncertain terms, that there’s no way that they’ll be taking their grandchild back with them.

Beautifully photographed by cinematographer Guy Godfree, great performances from a wonderful cast and an ending that will have you sitting on the edge of your seat all go to make Let Him Go a must see.