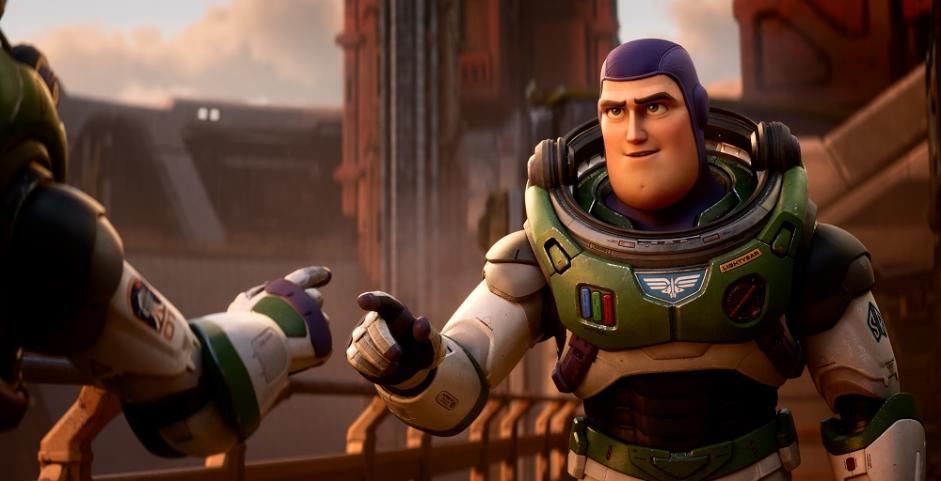 How did Andy, the kid in the Toy Story films, fall in love with Buzz Lightyear? The answer, as we are told in the opening on screen caption, his he watched the film that we are just about to see.

Well I have to say one thing for Andy, he must be easily pleased as Lightyear is a million miles from being anywhere near as enjoyable as Toy Story and its numerous sequels. Where Toy Story had terrific characters that all blended to make a seamless and enjoyable motion picture what Lightyear proves is that Buzz isn’t nearly as interesting without his Toy Story pals.

The plot sees Buzz marooned on a desolate planet 4.2 million light-years from Earth. In an effort to get home Buzz, accompanied by his robot companion cat called Sox, must get his spaceship up to a certain speed meaning, due to travelling faster than the speed of light, when he comes back everyone has aged but him. Eventually all his crew age and die off leaving their children to help Buzz escape from the planet. To make matters worse for Buzz his arch nemesis, the evil Zurg turns up on the planet.

Chris Evans voices Buzz on this occasion and sounds pretty much the same as Tim Allen who has voiced Buzz in the past, so it makes you wonder, or not wonder if you believe various internet theories, why Disney went with the change.

Whereas Toy Story had a certain charm, great story and characters that not only managed to entertain kids that went to see but also their parents, Lightyear with its not overly interesting and slow story, is probably going to only satisfy very young boys who like science fiction and astronauts.