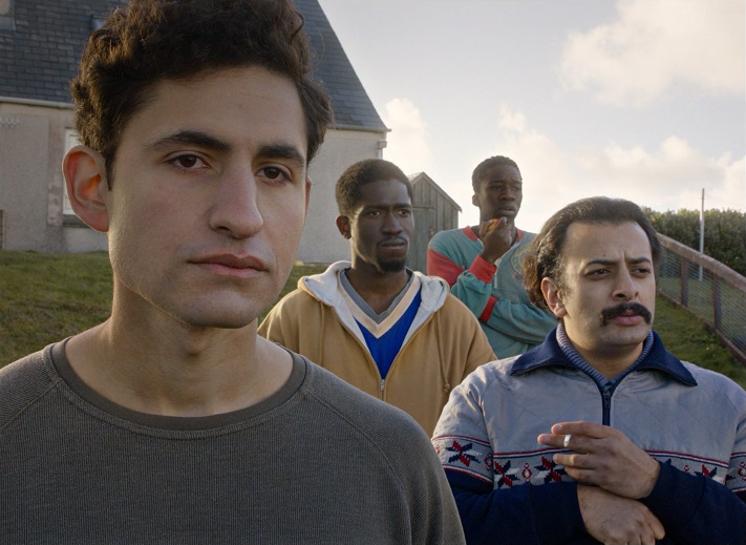 Fleeing a conflict zone and ending up on a Scottish Island in the middle of nowhere might seem like out of the frying pan into the fire but for the refugees in Ben Sharrock’s “Limbo” escaping violence in their home country means that they can’t be too choosy where they end up.

That proves the case for Syrian musician Omar (Amir el-Masry). Leaving his family behind in Syria, waiting for his immigration application to be reviewed, ends up in a rundown house with a number of other refugees on a barren and desolate Scottish Island.

Limbo is a moving and funny fish out of water tale as Omar, who has only arrived on the island, finds that he’s fled violence in Syria only to end up in the back of beyond where the local population treat him with suspicion, his first encounter with the locals sees one of them reminding him not to make bombs and not to blow the place up.

Throw in heart-breaking phone calls from the one call box on the island to his mother and father who are in Turkey, is father hasn’t much time for him and believes that he should have stayed in Syria like his brother and fought for “the cause” and the fact that his one friend, Farhad (Vakash Bhai) has been waiting on the island for years, then things don’t look particularly promising for him.

Sharrock makes great use of the Scottish scenery and the lonely desolation of his location. Throw in a fantastic performance from Amir el- Masry and Limbo comes highly recommended.