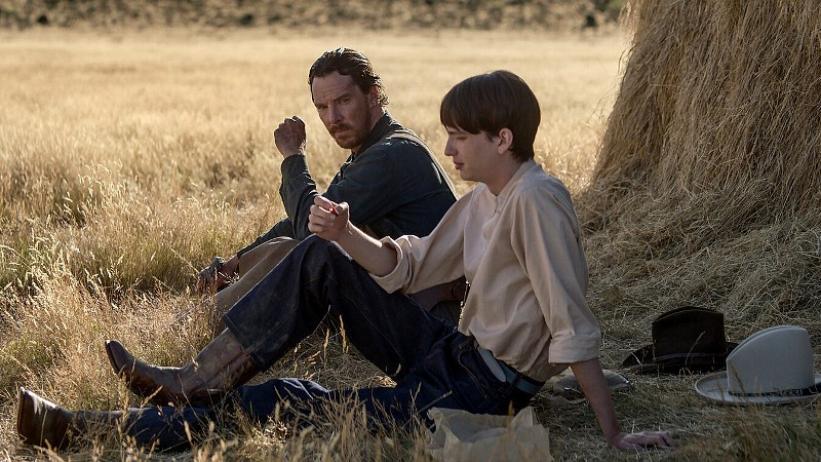 The Power of the Dog takes top honours at the London Critics' Circle awards. Jane Campion's Western leads with four wins, while Drive My Car, Passing and The Souvenir Part II take two awards each at this year's virtual ceremony.

The Power of the Dog was the big winner at the 42nd annual London Critics’ Circle Film Awards, winning four major awards at the group’s virtual awards ceremony from The May Fair Hotel on Sunday night. Jane Campion’s acclaimed queer Western was crowned the Film of the Year, while Campion herself was named Director of the Year. The film’s stars Benedict Cumberbatch and Kodi Smit-McPhee won Actor and Supporting Actor of the Year, respectively for their performances as secretive, psychologically duelling rivals on a 1920s Montana ranch. It is Campion’s second film to take the Circle’s top honour, 28 years after The Piano triumphed in 1994.

Though The Power of the Dog dominated proceedings, three other films took a pair of awards each. Drive My Car, Japanese auteur Ryûsuke Hamaguchi’s meditative drama on grief, companionship and Chekhov, won Foreign Language Film of the Year, while Hamaguchi and co-writer Takamasa Oe took the Screenwriter of the Year prize.

Joanna Hogg’s cinematic self-portrait The Souvenir Part II was named British/Irish Film of the Year — two years after its predecessor took the same honour — while it was one of three films, along with Memoria and The French Dispatch, for which Tilda Swinton received the British/Irish Actress of the Year award. Actor-turned-director Rebecca Hall’s delicately nuanced racial drama Passing earned her the Breakthrough British/Irish Filmmaker award, as well as Supporting Actress of the Year for Ruth Negga’s challenging performance as a white-passing Black woman in 1920s New York City.

Actress of the Year went to Olivia Colman for her layered turn as a conflicted mother reflecting on her past in Maggie Gyllenhaal’s The Lost Daughter; it’s Colman’s third award from the Circle, having previously won for Tyrannosaur and The Favourite. Another previous winner, Andrew Garfield, won the British/Irish Actor of the Year award for his varied performances inTick, Tick... Boom!, The Eyes of Tammy Faye and Mainstream. And 11-year-old Woody Norman rounded out the acting winners with the Young British/Irish Performer prize for his remarkable turn opposite Joaquin Phoenix in C’mon C’mon.

For the second year in a row, the event took place virtually on the London Critics’ Circle YouTube channel ( www.youtube.com/c/criticscirclefilmsection ), this time with critics presenting awards remotely from the ceremony’s usual home at The May Fair Hotel, with cocktails provided by Rémy Martin. Play It Safe director Kalisa, lead actor Jonathan Ajayi and producer Chris Tomazou were present to receive their award; all other winners replied with video messages.

The London Critics' Circle Film Awards is sponsored by The Critics' Circle, The May Fair Hotel, Rémy Martin, DDA and Pearl Pictures Productions. An in-person event to celebrate this year’s winners is being planned for later in 2022.

The full list of winners for the 42nd London Critics’ Circle Film Awards:


FILM OF THE YEAR

The Power of the Dog (Netflix)

FOREIGN LANGUAGE FILM OF THE YEAR
Drive My Car (Modern)

DOCUMENTARY OF THE YEAR
Summer of Soul ...or, When the Revolution Could Not Be Televised (Searchlight)

ACTRESS OF THE YEAR
Olivia Colman - The Lost Daughter (Netflix)

BRITISH/IRISH ACTRESS OF THE YEAR
Tilda Swinton - for her body of work in 2021, including Memoria (Sovereign), The Souvenir Part II (Picturehouse) and The French Dispatch (Searchlight)

BRITISH/IRISH ACTOR OF THE YEAR
Andrew Garfield - for his body of work in 2021, including Tick, Tick... Boom! (Netflix), The Eyes of Tammy Faye (Searchlight), Spider-Man: No Way Home (Sony) and Mainstream (Universal)