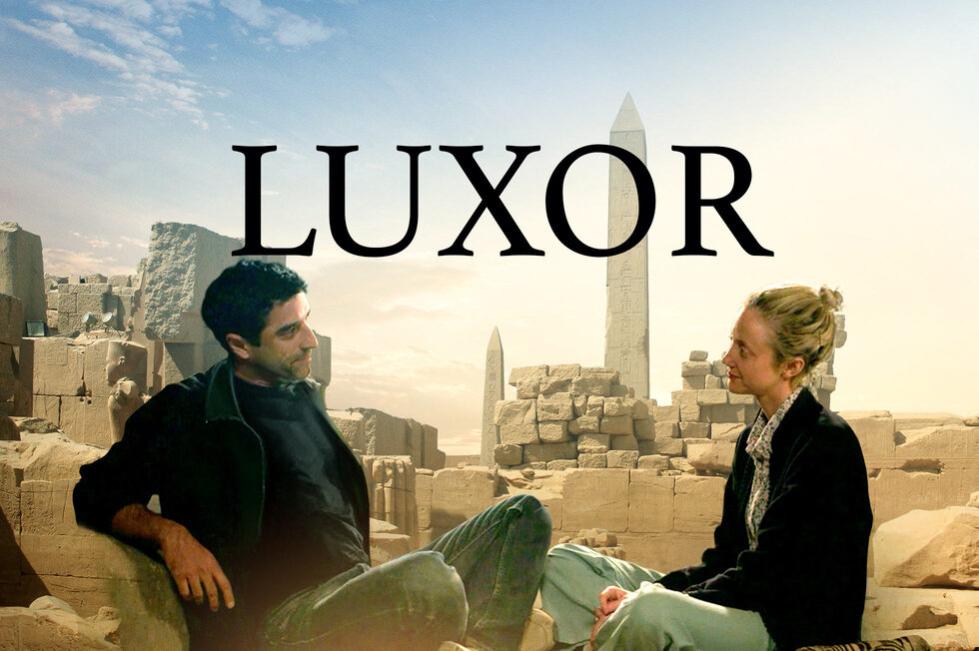 Originally destined for a cinema release Luxor has had that cancelled due to the closure of cinemas in parts of the UK and instead is being released on digital for viewing in the home. In a way that’s a shame as Luxor’s beautiful cinematography deserves to be seen on the large expanse of a cinema screen.

The story sees British surgeon and aid worker Hannah (Andrea Riseborough), after spending some troubled times in a Syrian war zone, returning to Luxor, a town where she used to live 20 years before. As well as resting in her hotel she takes the opportunity to venture out and visit the local Egyptian tourist attractions.

It’s on one of these excursions that she meets old flame Sultan (Karim Saleh), an archaeologist who’s working on a nearby dig. The pair inevitably spend time together, Sultan keen to rekindle their romance whilst Hannah, whose mind always seems to be somewhere else, takes a more standoffish approach as she struggles to not only cope with her current situation but also her memories of the past.

Writer-director Zeinna Durra for most of the time uses the Egyptian landscape to its full effect however on occasions it can be a bit overdone making Luxor feel as if you’re watching a relatives video from a recent foreign holiday, long lingering shots of various Egyptian tourist attractions sometimes don’t help the narrative of the story and only serves to make it feel even slower than it is. On the plus side Riseborough is fantastic as the troubled Hannah, a scene towards the end where she’s the worst for wear after a few drinks is mesmerising.