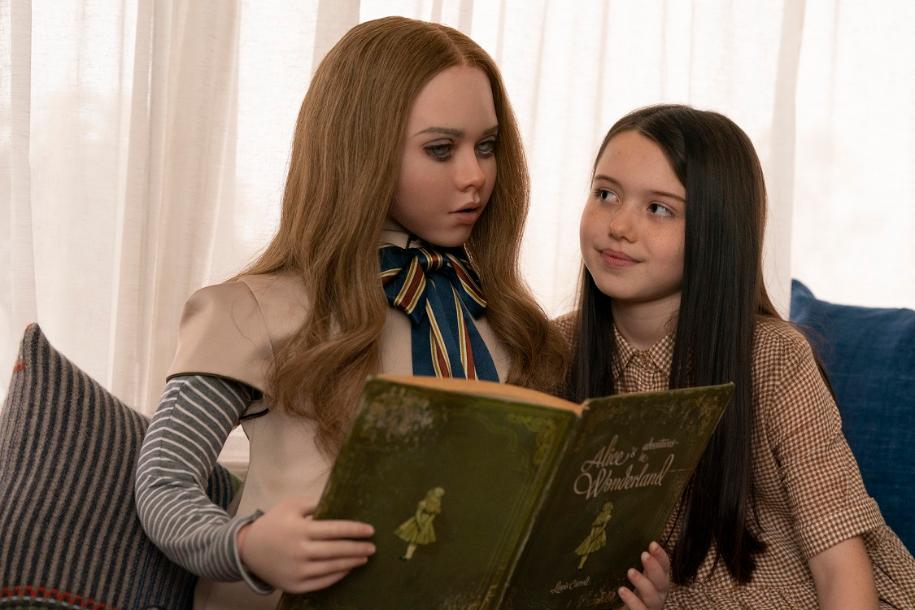 James Wan, the filmmaker behind the Saw, Insidious and The Conjuring franchises, and Blumhouse, the producer of the Halloween films, The Black Phone and The Invisible Man adds another possible franchise to his already impressive list of films. M3GAN, short for Model 3 Generative Android, is a highly enjoyable, if not entirely original entry in the dolls want to kill you genre. M3EGAN could so easily have swapped places with the likes of Chucky and Annabelle.

M3GAN is the creation of Gemma (Allison Williams) a tech savvy toy maker who is looking for the next bestselling toy. When her sister and husband die in a car accident Gemma becomes the guardian of their 8-year-old niece, Cady (Violet McGraw). Struggling to bond with the youngster, who at times comes across as more evil than M3GAN herself, she gives Gemma her latest creation, M3GAN, to keep her company.

Programmed to protect Gemma, M3GAN starts to take things to extremes as she goes all psycho doll on anyone who annoys Gemma. She particularly doesn’t like dogs and obnoxious teens.

If you’re looking for your typical slasher film then you’re going to be slightly disappointed as director Gerard Johnstone’s film is as much about the loneliness of a young girl than it is about a murderous doll. The slasher part doesn’t really kick in until the final third when M£GAN goes full Chucky.

It might be no more than a glorified B-movie but in a cinematic world where every other film seem to have stories that are as gloomy as a wet day M3GAN is rare dose of sunshine and a lot of fun at that.