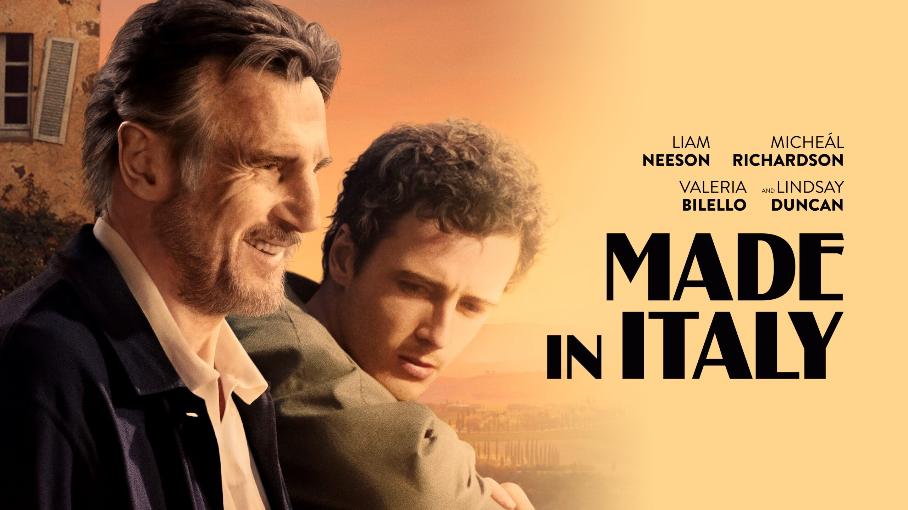 Liam Neeson and his son Micheál Richardson appear on screen together for the first time in Made In Italy. The plot line, given the tragic loss of Liam Neeson’s wife and Micheál Richardson’s mother, Natasha Richardson in 2009, seems a strange choice for their first appearance together on screen. Perhaps, like the characters they play in Made In Italy it’s all part of their healing process.

Jack (Micheál Richardson) runs an art gallery with his wife and after they decide to go their separate ways he’s forced to contact his father Robert (Neeson), a once prolific artist, and ask him to sell the house in Italy that they inherited after their mother died in a tragic accident.

Once there they find that the once beautiful villa is in a bad state of repair leading to tension between the pair as they come to realise that the house means different things to each of them.

James D’Arcy, better known for his acting roles, makes his directorial feature debut with Made In Italy. Easy to watch with some fine performances, Lindsay Duncan turns up as a no nonsense ex-pat estate agent whilst Valeria Bilello, in probably the films stand out role, is a young local restaurant owner who takes a shine to Jack, Made In Italy might not last long in the memory but it’s impossible not to be taken in by it’s easy going nature making for an enjoyable if somewhat undemanding watch.