To celebrate the release of Magical Adventures in the Forbidden City – out on digital platforms and DVD from 21st September – we have a copy up for grabs. 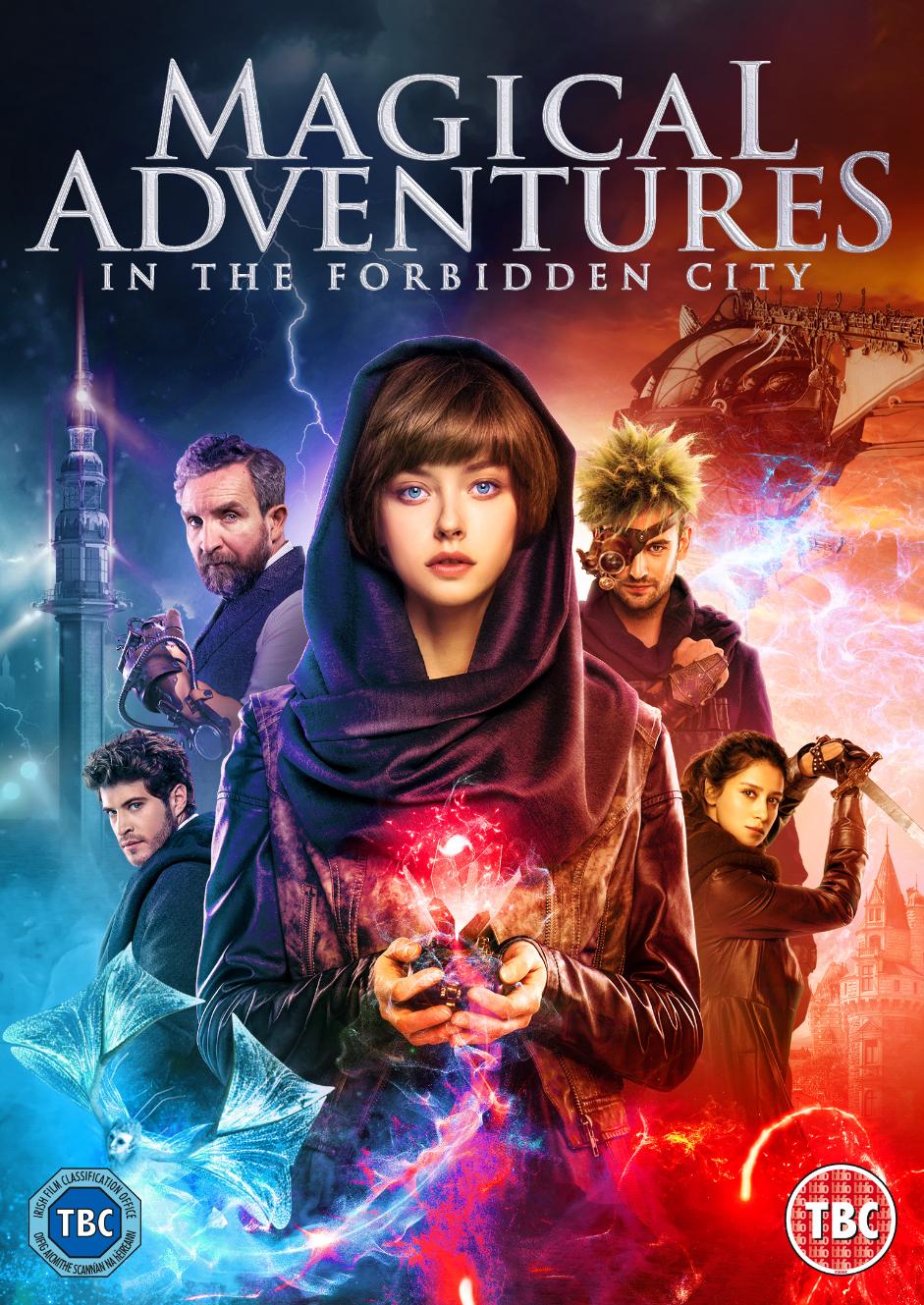 Prepare for spells, sorcery and a brand new screen heroine, as 4Digital announces the release of the fantasy extravaganza Magical Adventures in the Forbidden City, on digital platforms and DVD from 21st September.

The story of a young woman discovering extraordinary powers, in an oppressive city where magic is forbidden, this is a beautifully filmed and lavishly produced spectacle, with some superbly exciting action sequences and dazzling special effects. The film stars Eddie Marsan (BIFA winner for Vera Drake and Happy-Go-Lucky), and striking newcomer Tinatin Dalakishvili in the lead role.

Like Harry Potter and The Lion, The Witch and the Wardrobe, the film conjures up a wonderfully involving magical world, and whisks the audience on a breathless, and sometimes scary, adventure that they won’t want to end.

Synopsis: In another world, not unlike our own, a young woman named Abigail lives in a city whose borders were closed many years ago because of a mysterious disease. Her beloved academic father was one of the sick and, like many, mysteriously taken away when she was six years old. Now grown, Abigail is determined to find her father and discover the real secrets lurking beneath the surface of her world.

When she unexpectedly encounters citizens playing with spells, she discovers her city is filled with forbidden sorcery, and she herself possesses extraordinary magical powers. Abigail takes us on an exciting magical adventure, rising against the forces in command, and shows how being brave and following your heart can show anything is possible, if you just believe it.

Magical Adventures In the Forbidden City
Director: Aleksandr Boguslavskiy
Cast: Eddie Marsan, Tinatin Dalakishvili
UK Release: Digital HD and DVD 21st September 2020
Deadline is Monday 21st September 2020 (UK) (23:59pm) , Must be 15 or older to enter.
– 1(one) winners will receive 1 (one) Magical Adventures in the Forbidden City On DVD.
– There is no cash or another alternative to the prize stated and the prize is not transferable and no part or parts of the prize may be substituted for other benefits, items or additions.
– The winner will be picked at random. The prize will be delivered to the winner within 28 days of confirmation of delivery address.
– Comp hosted on behalf of  4Digital will deliver the prize to winning entry.
– The Editor’s decision is final and binding on the entrants. No correspondence will be entered into.
– The promoter of this competition is Fetch Dynamic Ltd.
– You must be at least 15 years old to enter.
– The competition is not opened to employees, family, friends of cinemabang.com or 4Digital or Fetch Dynamic Ltd.
– cinemabang.com takes no responsibility for delayed, lost, stolen prizes as most prizes are sent directly from the promoter.
– Prizes may take from days to a few months for delivery which is out of our control so please do not complain
– The winning entries will be picked at random and contacted by email for postal details, we are unable to confirm winners directly with competition entrants.
– UK or Irish entries only
- If the winner fails to respond via email after 7 days from the closing date of the competition the prize will be allocated to the next entrant picked at random