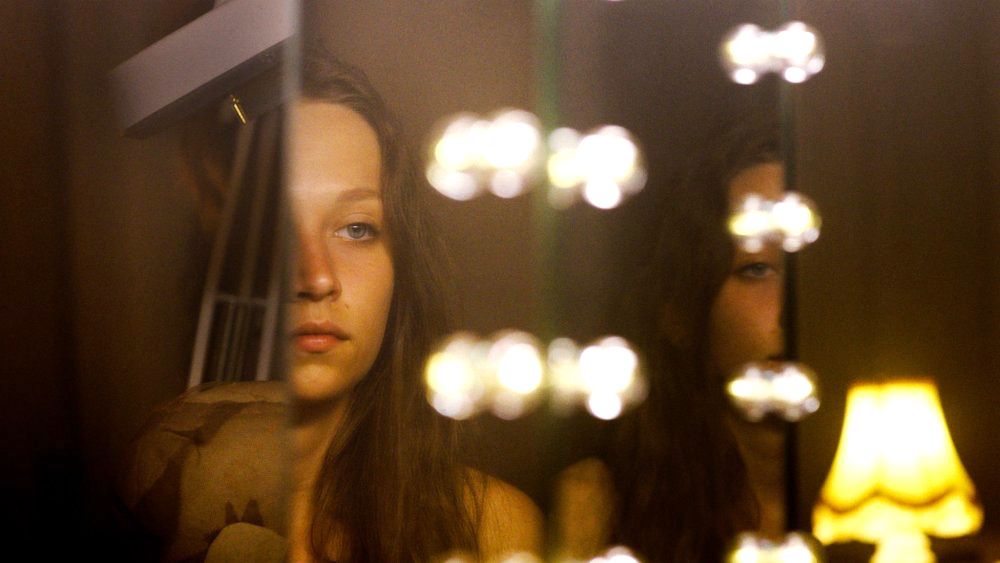 First time writer/director Claire Oakley has managed to craft a thoroughly absorbing film that keeps the audience guessing right until the reveal in the final minutes. Is it a horror? Is it a thriller? Is it a coming of age drama? It could be all or it could be none of them and that’s the beauty of Make Up, conventional story telling is literally thrown out of the window.

The story sees 18 year old Ruth (an excellent Molly Windsor) travelling to a Cornish caravan park to be with her boyfriend (Joseph Quinn). She arrives just as the seasons coming to a close and is offered a job as a cleaner by the strange and abrasive owner (Lisa Palfrey).

Not long after settling in she finds red hairs in the caravan that she shares with her boyfriend.

Convinced that her boyfriend is having an affair she starts to catch glimpses of a red haired female, one such vision comes from within a caravan that’s been sealed in plastic and locked up for the winter. There’s no one staying in that caravan the owner barks at her when she ask the question, “who stays in the caravan?”

Befriended by a fellow cleaner (Stefanie Martini), who happens to make wigs and red ones at that, Ruth starts to wonder if there’s something more going on in the park than she’s been told.

Make Up is a well-crafted film and with some fine performances from its young cast and comes highly recommended.