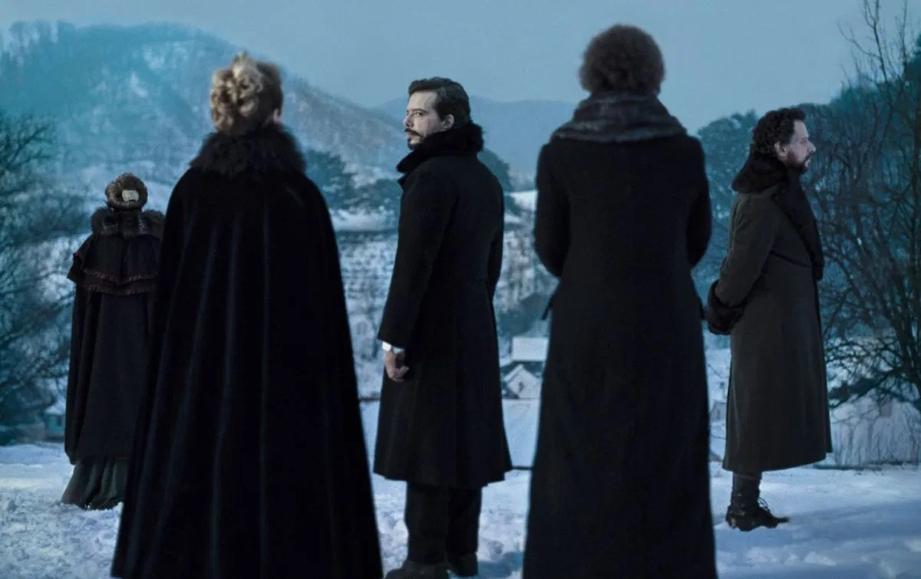 Guests arrive at the mansion of aristocratic landowner and man of the world Nikolai over the Christmas holidays. Among them are a politician, a young countess and a general with his wife. They converse and dine – what a wonderful, much-missed way of life – indulge in parlour games and discuss politics, progress, morality, death, and the Antichrist. As the debate becomes more heated, cultural differences become increasingly apparent and the mood grows tense. In the end, everyone will become a victim of his or her own discourse.

Puiu was named Best Director for the new Encounters Awards at the 70th Berlin Film Festival last year, and Malmkrog won Best Film and Best Screenplay at the 2020 Seville European Film Festival. Based on the work of Russian philosopher Vladimir Solovyov, Malmkrog is provocative, engrossing, and extremely timely filmmaking. Puiu, who won the Un Certain Regard Best Film award at Cannes in 2005, for The Death of Mr Lazarescu, cements his reputation here as one of Europe’s most accomplished and uncompromising directors.

Elegantly staged and beautifully acted, with first rate performances from an ensemble cast including Frédéric Schulz-Richard (Waiting For The Barbarians), Ugo Broussot (Territory of Love), Diana Sakalauskaité (Three Exercises of Interpretation), and Marina Palii ( The Silver Forest), the film recalls the drawing room masterworks of Max Ophüls, and the stark cerebral work of Ingmar Bergman. As the guests ruminate at length, within the confines of an ornate 19th century manor house, the viewer is swept along with confounding opinions, prescient dilemmas, dazzling wordplay and unexpected clashes, all handled with absolute cinematic mastery by Puiu.