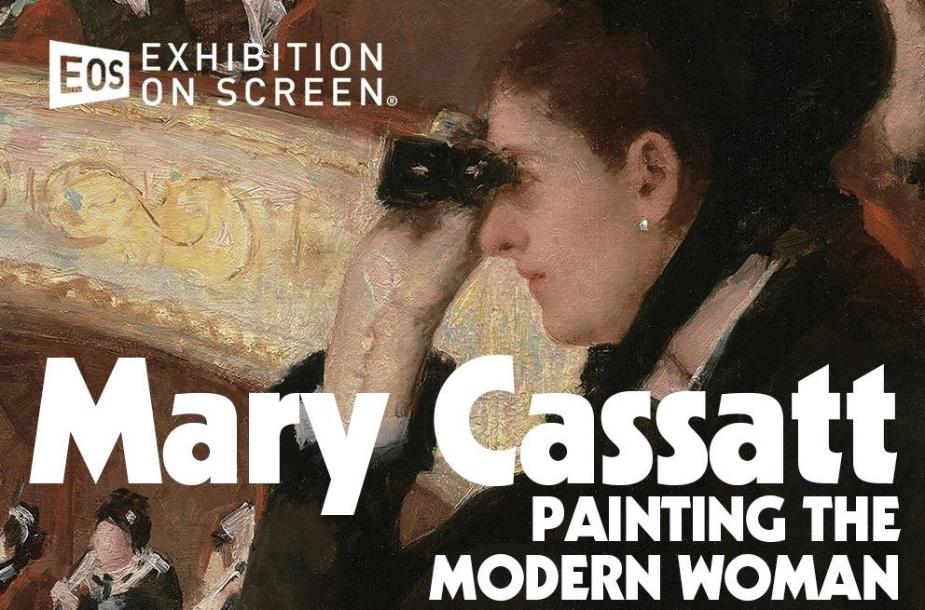 Exhibition On Screen the award-winning pioneer bringing art films to cinemas around the world for over a decade, is releasing Mary Cassatt: Painting The Modern Women, in cinemas in the UK on International Women’s Day, Wednesday 8th March 2023.

Mary Cassatt made a career painting the lives of the women around her. Her radical images showed them as intellectual, curious and engaging. This was a major shift in the way women appeared in art.

Directed by Ali Ray (Frida Kahlo) and featuring the world’s most eminent Cassatt curators and scholars (all women), this new feature film Mary Cassatt: Painting The Modern Women reveals how this classically trained American artist came to join a group of Parisian radicals – the Impressionists – a movement that transformed the history of art.

Mary Cassatt, born in Pennsylvania in 1844, lived much of her adult life in France, to the extent that she became not an American artist but a French artist. In 1868, her painting A Mandolin Player became her first work to be accepted by the Paris Salon, the official art exhibition of the Académie des Beaux-Arts. Edgar Degas saw Cassatt’s work at the Salon and, in 1877, he asked her to exhibit with a new group called the Impressionists.

Cassatt’s connection to the Impressionists, however, is only a tiny part of her story. Presenting her astonishing prints, pastels, and paintings, the film introduces us to this surprising, compelling, yet often-overlooked artist, whose own career was as full of contradictions as the women she painted.

Mary Cassatt: Painting The Modern Women follows the progression of Cassatt’s work, her meticulous study of the Old Masters and traditional techniques while also exposing her frustration at not finding a style that truly expressed her desire to be modern until she discovered the Impressionists.