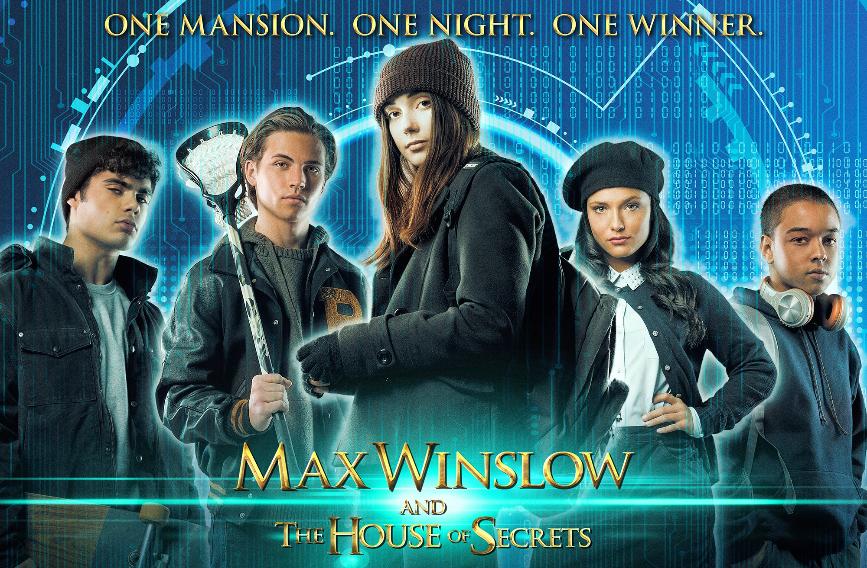 Most of the films released in UK cinemas as of late would seem to reflect the mood of the nation, dark dramas, period pieces and horror seem to be standard fare at the moment. Fantasy and comedy seem to be well down the list when it comes to choice.

Thankfully some easy going entertainment arrives in the shape of Max Winslow and the House of Secrets, it might not be very original, it plays like Charlie and the Chocolate Factory meets Escape Room, but nevertheless it’s still an undemanding piece of fun.

The story sees five teenage high school students being randomly picked, by a phone app, to attend the home of eccentric billionaire Atticus Virtue (Chad Michael Murray). The prize being Atticus’s house (just like in Charlie and the Chocolate Factory).

The five lucky souls include Benny (Jason Genao) a loner who’s more interested in playing computer games than making friends, Sophia Peach (Jade Chynoweth) a vain female whose only interest is how many followers she has on social media, Aiden (Emery Kelly) the school bully, Connor Lawson (Tanner Buchanan) the school heart throb and lacrosse champion and last but not least there’s Maxine Winslow (Sydne Mikelle), or Max to her friends, a geeky computer nerd.

Once in the high tech house, which is run by a computer called Haven (voiced by Marina Siritis of Star Trek Generations fame), think of Haven like Amazon Alexa on steroids and you’ll not be far off the mark, the teenagers have to negotiate a series of puzzles and tasks.

Their visit starts off pretty nice but naturally things take a turn for the worse as the house starts to have a mind of its own causing each task to become more and more dangerous (just like in Escape Room).

This being a child friendly flick the scares stay just on the right side of scaring the pants of a young audience. I did have the feeling that some blood and gore would have made the whole thing even better however I’ll need to wait for Escape Room 2 for that.

The young cast are all excellent, with Sydne Mikelle who plays Max being the standout.

If you’re looking for a piece of easy going escapist entertainment then a trip to the cinema to catch Max Winslow might just be up your street, recommended.