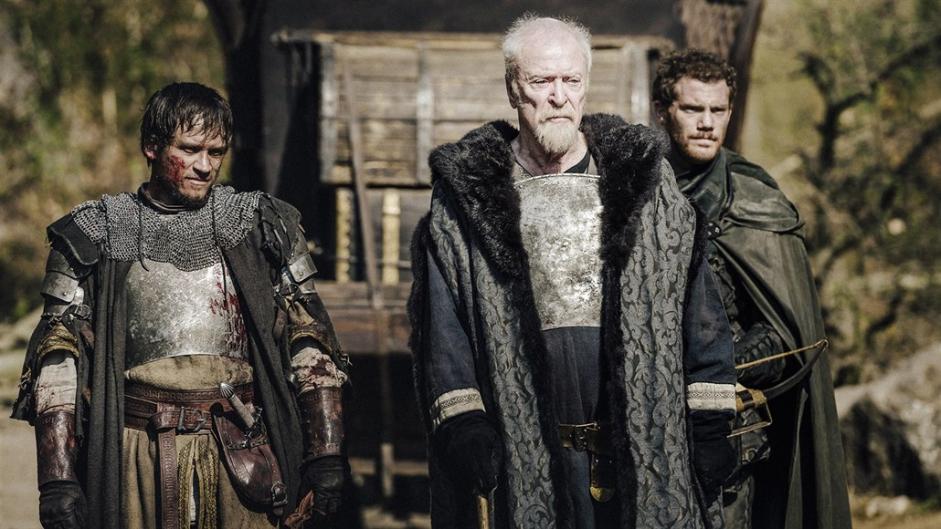 If you’ve never heard of Jan Žižka, a 15th century general who never lost a battle and is a Czech National Hero, then you’ll be in good company. Pretty much unknown outside his native country director Petr Jákl sets out to correct that with his new film Medieval.

With a budget of $20.3 million, making it is the most expensive Czech film ever made at the time, Medieval stars Ben Foster, complete with an American accent, as Jan Žižka. Also along for the ride is Michael Caine who pops up for a few minutes of the films running time as Lord Boresh a kind of medieval go-between who finds himself stuck between two brothers, Sigismund and Wenceslas IV (Matthew Goode and Karel Roden), who are both vying to be crowned Holy Emperor by Rome.

In order to get his way and to get some leverage over Henry Rosenberg (Til Schweiger) one of Sigismund’s allies Wenceslas IV orders Žižka to kidnap his daughter Katherine (Sophie Lowe).

Once Jákl gets what little there is of the plot out of the way the second half of Medieval pretty much develops into a chase as Žižka, who starts to fall for Sophie’s charms, quite why is a mystery as the pair have little on screen chemistry, tries to get her to safety whilst being pursued by Sigismund’s band of heavies led by the evil Torak (Roland Moller).

Plot seems to be secondary in Medieval with director Petr Jákl instead peppering the film with numerous bone crunching battle scenes where limbs are hacked off with great gusto, Jákl even manages to introduce a lion to the carnage.

Medieval is certainly no Gladiator, $20.3 million obviously doesn’t buy you much when it comes to film production. With a look and feel more suited to a TV series than a big budget cinema event Medieval shouldn’t be taken too seriously and enjoyed more for its action rather than any story it’s trying to tell.