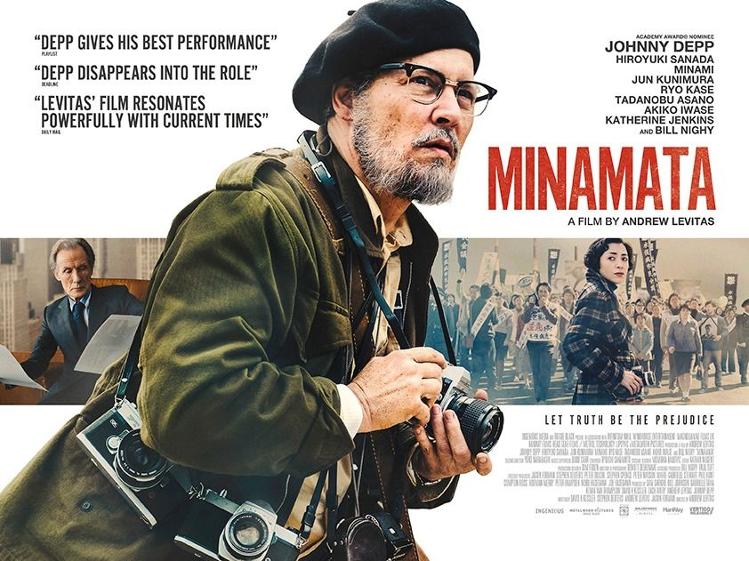 Minamata seems to have ventured into cinemas and onto digital platforms with very little fanfare which is a shame as it’s not only an enjoyable and enthralling true story but Johnny Depp also gives one of his best performances of the past few years, Depp’s is more restrained than normal which shouldn’t come as aa surprise given the sobering subject matter of the movie.

Set in 1971, Depp plays W. Eugene Smith a famous, at the time, World War II photojournalist. Having hit the bottle and having become something of a recluse he was given a reprieve by Life magazine editor Robert Hayes (Bill Nighy) who sent him to the Japanese coastal town of Minamata.

The town’s main employer happens to be a chemical plant run by the Chisso Corporation. Allegations have come from the region that the company have been polluting the water causing the local inhabitant’s bodies to be ravaged by various illnesses believed to be caused by mercury poisoning.

When Smith arrives at the town he’s confronted by the terrible sight of children with major deformity’s and life changing illnesses. Immersing himself in the community and armed only with his camera Smith, despite the best efforts of the chemical company who try to stop him, sets about documenting the tragedy eventually bringing his images to the pages of Life magazine.

Very similar in tone to Erin Brockovich (2000) and Dark Water (2019) Miamata is another heart-breaking account of how some companies can pay scant regard to both the local environment and the people living in their vicinity, with a fine performance from Depp, Minamata is worth seeking out.