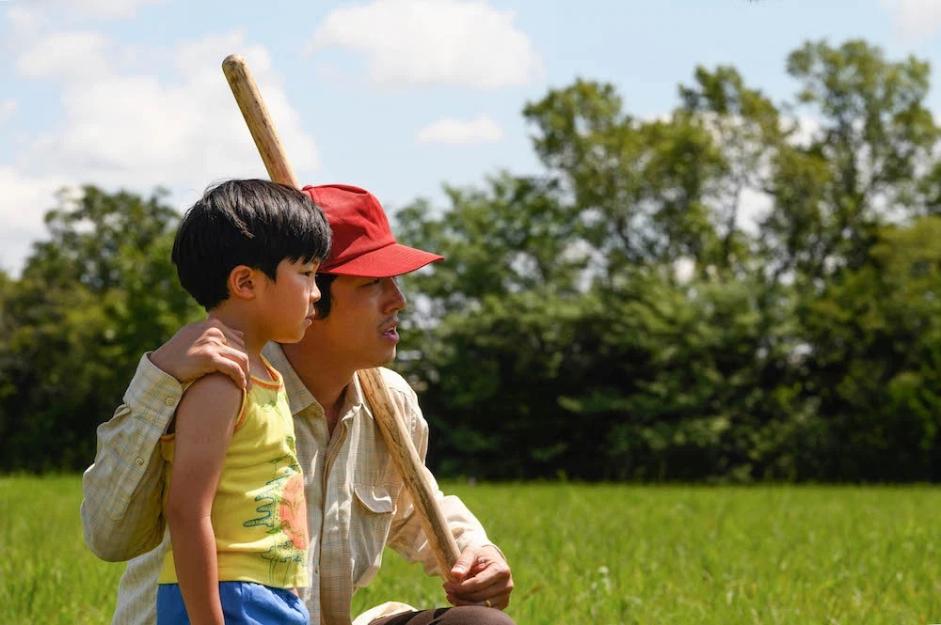 A slow moving but absorbing story Minari, if like me your unsure as to what the tile refers to Minari is a Chinese herb , tells the story of a Korean family who, after lucking out in California, decide to head to Missouri and the rugged Ozarks in Arkansas. Here the father, Jacob (Steven Yeun) plans to set up a farm where he can grow Korean vegetables.

Things don’t get off to a great start as the family’s new home turns out to be a dilapidated trailer in the middle of a field. Adding to the stress between Jacob and his wife (Yeri Han) the pair have to take up a job in a chicken hatchery where their sole job is to look at the sexual organs of newly hatched chicks. Seemingly male chicks don’t taste as good so they are filtered out.

With the couple on the verge of a breakup the children’s grandmother Soonja (Yuh-Jung Youn) arrives from Korea. At first their young son (Alan Kim) is suspicious of his grandmother but the pair start to form a bond and it’s their relationship that forms the backbone of the story.

Minari is a touching and funny story about family, hope and friendship. With a great cast, a moving and an engrossing story Minari deserves any awards that will inevitably come its way.