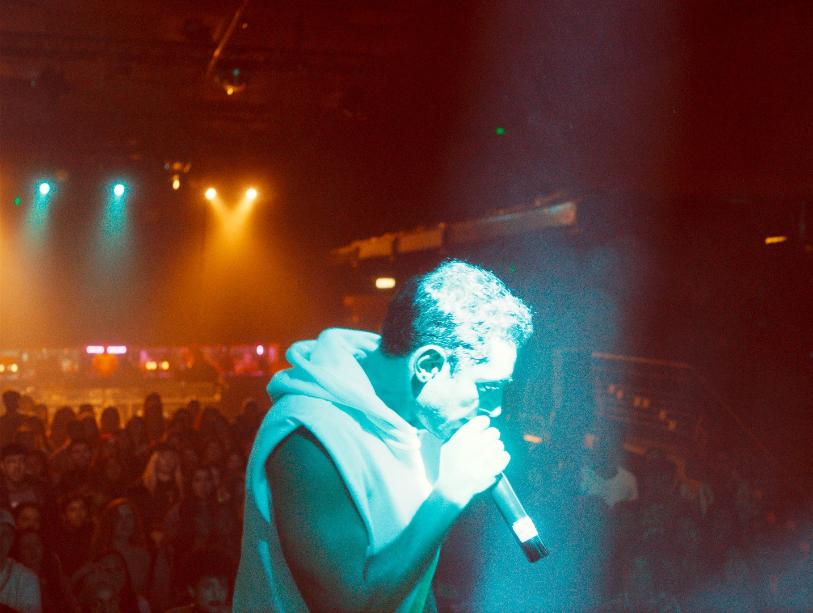 Riz Ahmed (who also co-wrote the screenplay along with director Basam Tariq) impresses as Zed, a British-Pakistani rapper who, after spending a number of years in the US and after splitting from his girlfriend (Aiysha Hart), returns to visit his family in London

Riding on the the crest of a wave due to his rapping and due to go on a tour of Europe Zed’s world comes crumbling down after he’s diagnosed with a muscle wasting disease. Ending up in hospital where as well as having visions of a troubled past, he has to come to terms with having to accept a treatment that might just leave him unable to have a family, a prospect that horrifies his father who would rather see his son succumb to the disease rather than miss out on having a family.

Set mostly in a hospital Ahmed (who is a competent rapper himself, a fact which he proves in a number of scenes) and Tariq’s film certainly isn’t original, the conflict that Zed has with his father (Alyy Khan) over cultural differences and generational attitudes has been covered in numerous films. What it does have is plenty of heart and powerful performances from an outstanding cast.