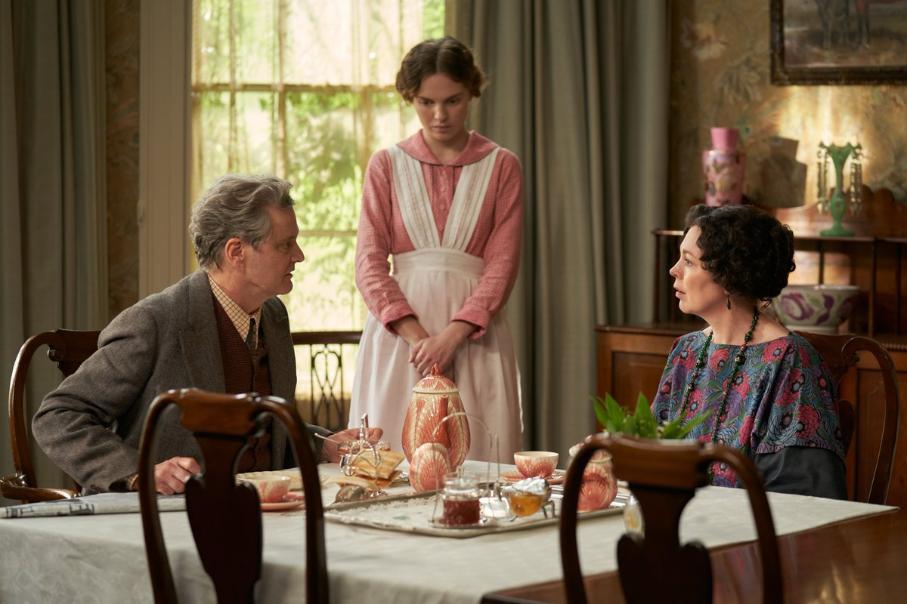 Mothering Sunday-is an adaption of Graham’ Swift’s novel of the same name. Set on Mother’s Day in 1924 with some time jumping added in, a choice that only helps add to making the story more confusing than it really is.

Jane Fairchild (an excellent performance from Australian actress Odessa Young) is a maid at the country home of the Nivens (Colin Firth and Olivia Colman). Having lost their sons in the Great War the Nivens, like their neighbouring family and friends the Sheringhams, live in a constant world of misery and tears.

Whilst the adults mourn for their lost children the Sheringhams surviving son, Paul (Josh O’Connor), who is about to marry the daughter of another set of friends, is quietly having an affair with the Nivens maid Jane Fairchild.

The story evolves , very slowly for the most part, and consists mostly of us, the audience, watching the loved up pair spending time together, time that seems to consist mainly of being naked in bed, naked in the corridors of the rambling mansion or as Jane does, eating a pie whilst naked. There is a fair amount of nudity in Mothering Sunday with O’Connor , last seen fully clothed as Prince Charles in The Crown, not afraid to show off his manhood.

In amongst all the love making and grieving at various parts of the narrative we’re whisked back and forward in time, sometimes we’re in the 50’s where Jane, who is now living with an philosopher ,spends her time dreaming of becoming a writer. Meanwhile, for reasons that escaped me, Glenda Jackson turns up as Jane in her elder years.

Whilst slow and at times confusing Mothering Sunday is, thanks to some terrific performances and some beautiful photography, surprisingly engaging.