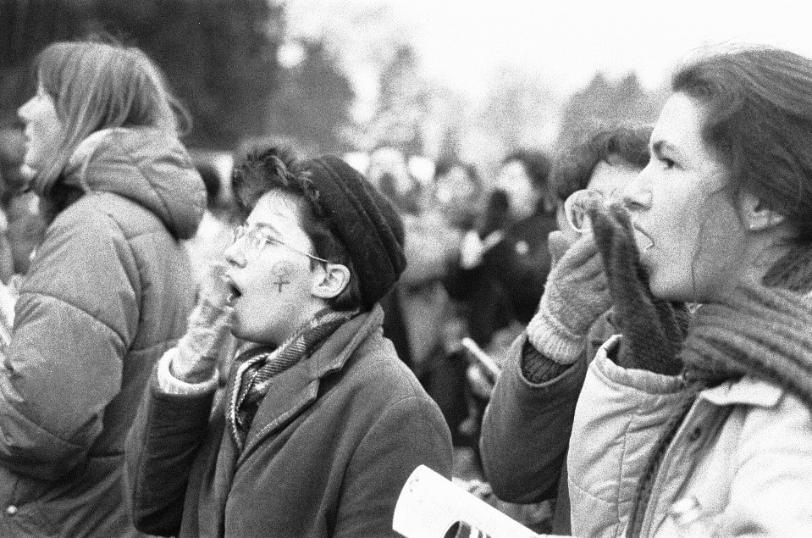 MOTHERS OF THE REVOLUTION, a feature-length documentary that tells the story of the extraordinary women behind the Greenham Common Peace Camp heads to the UK this Autumn.

In 1981 a group of 36 women set off on a 120 mile march from Cardiff to Berkshire to protest against the planned arrival of American nuclear missiles on UK soil. In doing so they started something extraordinary, in time galvanizing over 70,000 women into action to protect their children and future generations.

This is the untold story of those Greenham Common women. A tale of how a small number of them made connections with their counterparts in the peace movement behind the Iron Curtain, travelling to the Soviet Union to advance peace and, eventually, contributing towards the end of the Cold War. How they amplified and took the achievements of the Greenham Common movement onto the world stage by being daring, fun, inventive and brave. What they started that day in 1981, around a kitchen table while their children played, became a global movement and the start of a revolution that changed the world.

Narrated by Glenda Jackson and featuring interviews with key participants including Julie Christie and Rebecca Johnson, alongside archive footage from the Greenham Common Women’s Peace Camp, Mothers of the Revolution takes you through of one of the longest protests in history, when between 1981 and 2000, thousands of women from around the world came together at Greenham Common to take a committed stand against nuclear proliferation. Directed by Briar March (Coffin Club, There Once Was An Island) and produced by prolific filmmaker Matthew Metcalfe (The Dead Lands, McLaren) and Leela Menon ( Born Racer, Wayne).
Mothers Of The Revolution
Documentary
Director: Briar March
Cast: Georgie Oulton, Amelia Reynolds, Jacque Drew
UK Release: Digital Platforms 18th October 2021