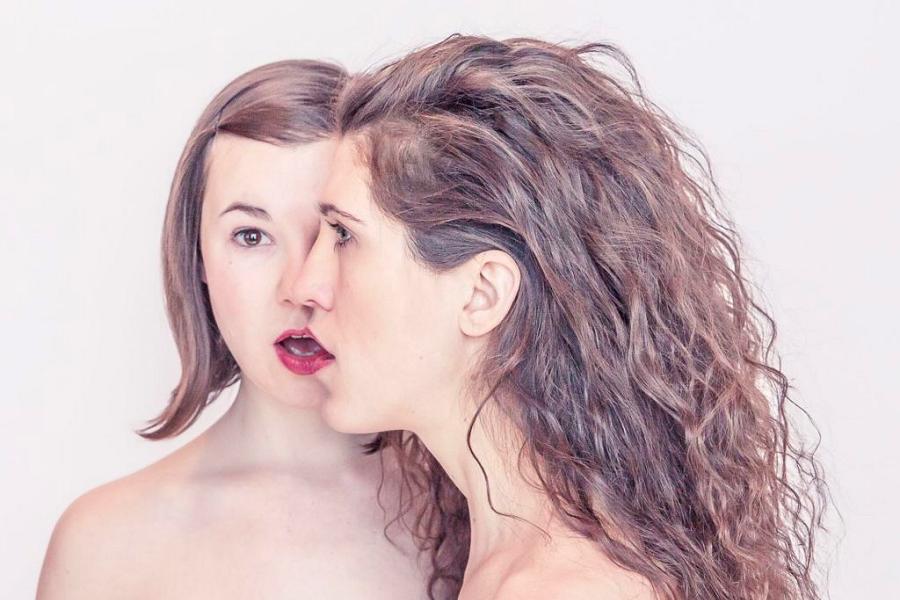 Based on a play of the same name Mouthpiece tells the story of Cassandra (Amy Nostbakken, who also wrote the play), a single independent writer who lives by her own rules. Waking up one morning to be told that her mother has died from a stroke, face down in the lemon drizzle cake her brother tells her, Cass has to deal with coming to terms with the loss of her mother, a mother who she believes never fulfilled her true potential during her lifetime.

Now for the important part, Cassandra isn’t alone in her grief as there’s another female, called short Cassandra, not actually in the film but in the cast list in the end credits, (Norah Sadava), who is Cassandra’s alter ego. Short Cassandra is everything tall Cassandra is not, she’s nice, considerate and pleasant. The play takes place around a bath tub where Sadava and Nostbakken, who reprise their roles, play different fragments of the same woman.

Knowing beforehand that they’re both the same person might have helped clarify the story for me as I sat wondering why this other girl was sitting in on a sex session, why they shared a bath together and why on occasions their movements mirrored each other. The confusion is only added to by the fact that other people can see and talk to short Cassandra.

I have to say in fairness if I had known that they were one person the whole thing might not have been so damned confusing and it would almost certainly have been more enjoyable.

Mouthpiece might be a film that requires a second viewing to really appreciate it.