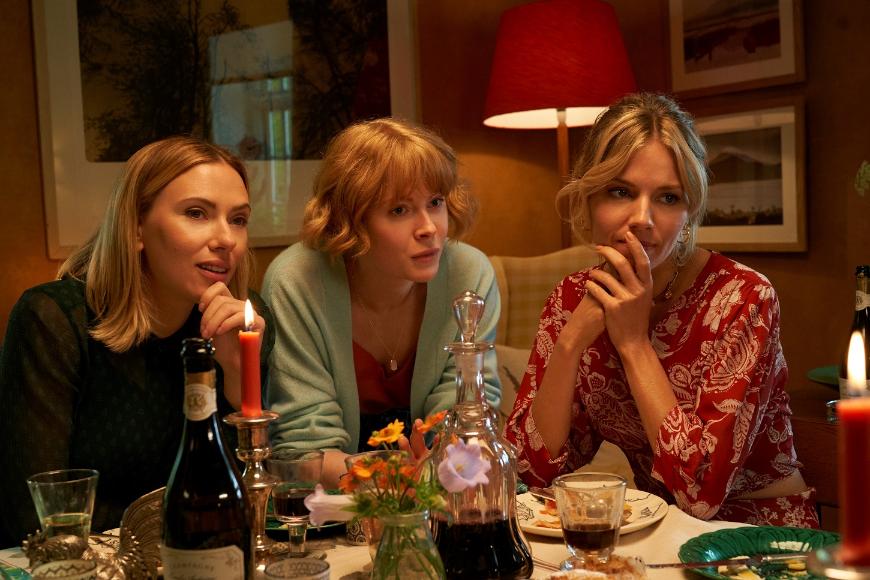 Three sisters return to their childhood home for a momentous weekend; the third wedding of their twice widowed mother, Diana (Kirstin Scott Thomas). The three daughters are from very different walks of life: Georgina (Emily Beecham), a palliative nurse; Victoria (Sienna Miller), a Hollywood star; and Katherine (Scarlett Johansson), a Captain in the Royal Navy. Over the weekend, the family gathers to celebrate a new marriage, but mother and daughters alike are forced to revisit the past and confront the future, with help from a colourful group of unexpected wedding guests...

“I have wanted to direct for a long time and it was thrilling to create this fictional family using my own childhood memories as a springboard. Directing and acting with such talented actresses and reuniting with Scarlett Johansson has been exhilarating.” - Kristin Scott Thomas

Co-written by Scott Thomas and John Micklethwait, the film is produced by Finola Dwyer and Steven Rales and is a Finola Dwyer Productions / Ridlington Road Production presented by Indian Paintbrush.