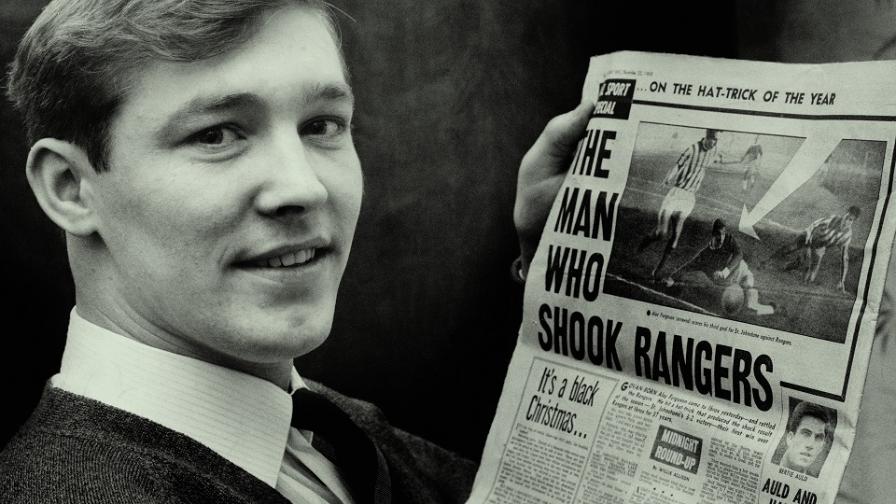 Recovering from a life-threatening brain haemorrhage and acutely aware that his memory might desert him, the greatest football manager of all time begins to recount the most important stories of his life, both in and out of football, to his son Jason in SIR ALEX FERGUSON: NEVER GIVE IN. Stories of growing-up and family, alongside sporting triumph and failure, the film includes deeply moving insights from his wife and sons, as well as former players, along the way. SIR ALEX FERGUSON: NEVER GIVE IN is coming to cinemas from 27 May and will be available on Amazon Prime Video in the UK and Ireland from 29 May.

Featuring exclusive and previously unseen archive footage as well as profoundly moving testimonies from his wife and three sons, comes a revealing and deeply personal documentary about the life of Sir Alex Ferguson, from his working-class roots in Glasgow to his career as one of the greatest football managers of all time. Directed by Sir Alex’s son, Jason Ferguson, this is a remarkably intimate and moving story about the extraordinary power of memory.


Sir Alex recalls his career vividly - recounting the stories behind his most influential defeats, trophies and players. From his own successful playing career and prolific goal-scoring at Scottish clubs, including Rangers, to his move into management and leading Aberdeen to the European Cup Winners’ Cup and then finally his move south to Old Trafford. After a testing few years at United, he turned the club’s fortunes around and led them to over two decades of consistent success.

This is a film about the bond between a man and his family, an exploration of leadership and mental toughness and a celebration of one of football’s greatest careers.

Under Ferguson’s guidance, Manchester United won a glittering array of trophies, including 13 Premier League titles, five FA Cups and two UEFA Champions League titles. He has won more trophies than any other manager in football history.

Speaking about the documentary Sir Alex Ferguson says, “Losing my memory was my biggest fear when I suffered a brain haemorrhage in 2018. In the making of this film I was able to revisit the most important moments of my life, good and bad. Having my son Jason direct this film has ensured an honest and intimate account.”

On the 6 March Glasgow Film Festival will host the World premiere of Sir Alex Ferguson: Never Give In - Tickets for this screening are free and strictly limited; they are available on a first come, first served basis from noon on Thurs 18 February at glasgowfilm.org/festival - Sir Alex Ferguson and Jason Ferguson will take part in an exclusive digital Q&A for the festival, available to all ticket holders.The free screening will take place at 1700hrs and cannot be saved for later viewing

SIR ALEX FERGUSON: NEVER GIVE IN RELEASES IN CINEMAS ON 27 MAY