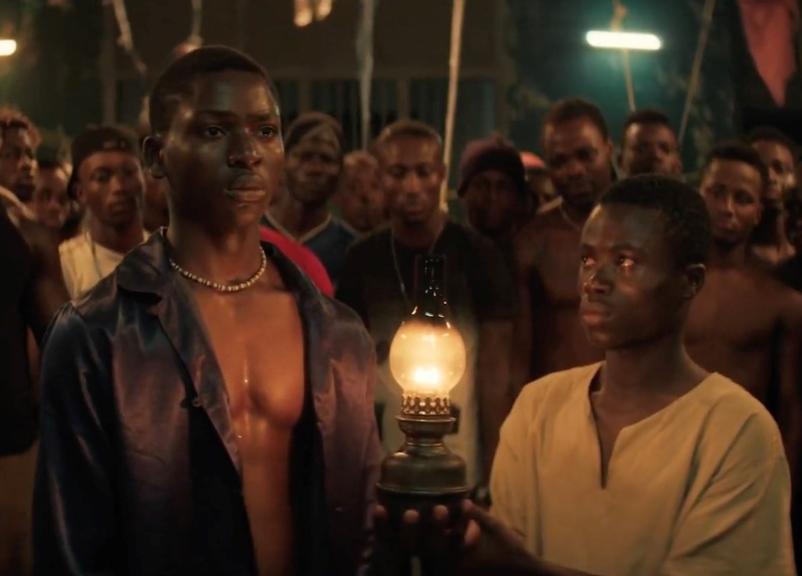 In the Abidjan forest in the Ivory Coast there is the only prison in the world run by an inmate-the other inmates call him MACA. Tradition has it that when the current MACA falls ill he must take his own life and by doing so his powers pass to the next in line.

Just as a young man called Roman arrives at the prison (Koné Bakary) the current MACA’s, who goes by the name Blackbeard ((Steve Tientcheu, BAFTA and Academy-Award nominated Les Miserables) power is on the wane. Having to pull an oxygen bottle everywhere he goes he knows that his time as MACA is all but over.

Seeing a chance to prolong the inevitable he invokes “The Night Of Kings” a storytelling ritual where the storyteller, once he finishes his story, is thrown to the other prisoners as some sort of sacrificial lamb. Unsurprisingly the person Blackbeard picks to tell a story is young Roman. Unware of the real implications of his role, Roman is made aware by another inmate, that if he finishes his story before the sun rises in the morning then he’s not going to see a rising sun again.

Director Philippe Lacôte doesn’t give his audience a traditional prison story but instead his movie feels more like a piece of theatre, choosing to have, as Roman tells his story, the prisoners mime dance and sing as they interact with Roman makes it all feel more like a gritty West Side Story than A Shawshank Redemption. Beautifully shot and well-acted, Koné Bakary shines in his first lead role, Night Of Kings is the type of film art house audiences will love, for me just give me The Shawshank Redemption.