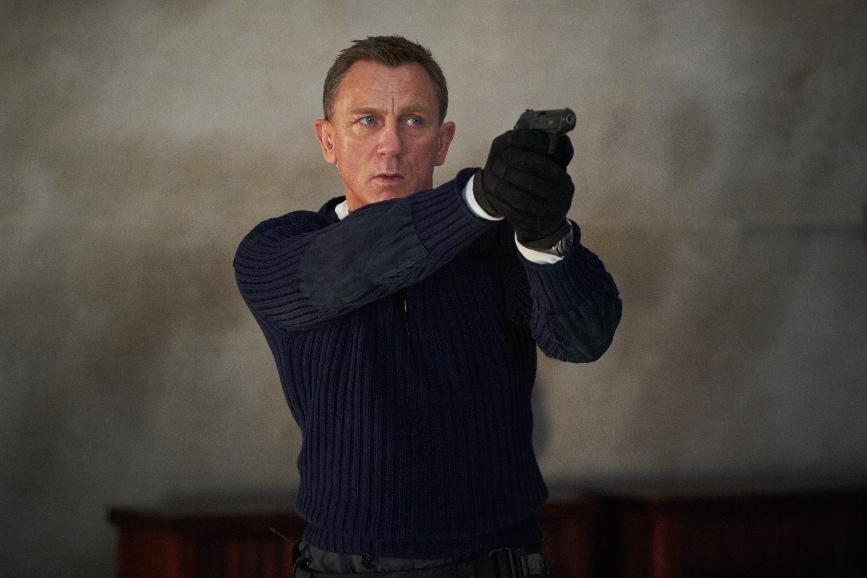 Bond is back, thanks to Covid after a six year wait we finally get the chance to see Daniel Craig’s fith and final outing as James Bond and boy what an exit it is.

Beginning pretty much where we left Bond in back in 2015, if you haven’t seen Spectre or haven’t watched it for a while I suggest a refresher is in order as No Time To Die leans heavily on Spectres plot line.

From the blistering opening pre-title scene that plays a lovely homage to On her Majesty’s Secret Service, at about 23 minutes long it’s one of the longest openings for any Bond movie and is perhaps the best part of the movie, to the explosive finale, No Time To Die is a Bond that whilst not perfect, and we’ll come to that later, must rank amongst the best of the Craig outings.

The plot, from a script by Neal Purvis, Robert Wade and Phoebe Waller-Bride, sees Bond, after a violent incident which spoils his romantic relationship with Dr Madeline Swan (Lea Séydoux), being brought out of retirement after Spectre, led by Ernst Stavro Blofeld (Christopher Waltz), steal a chemical weapon from a London laboratory.

Bond having retired no longer has his 00 status, and in his absence that’s being given by M to a female agent called Nomi (Lashana Lynch). Making matters worse for the pair, who have to team up to recover the stolen weapon, they also have to deal with Lyutsifer Safin (Rami Malek), a stereotypical Bond villain who lives on an island and is determined to beat Blofeld at his own game.

Various characters are dropped into the plot at routine intervals during No Time To Dies not inconsiderable running time,, some with more success than others, Ana de Armas as a plucky CIA agent almost steals the show in her short but memorable scene.

No Time To Die isn’t perfect and certainly isn’t the pinacle of Craigs Bond career that some might have hoped for, nothing betters his first outing in Casino Royale. Some of the characters are either week or underused or sometimes both, Malek’s Safin, who doesn’t make an appearance, other than a very short glimpse in the opening pre-credit scene, until the final hour of the movie is certainly the poorest villains that Craig’s Bond has faced.

In terms of the plot some tighter editing by director Cary Joji Fukunaga might have helped a story that losses it’s way a bit in the middle section before pulling itself together in the final hour.

With so much going on it’s hard to take in everything in one viewing and in order to truly appreciated No Time To Die a second viewing is probably a must. No spoilers here but what I can say is that there a number of revelations and situations that are jaw dropping,

No Time To Die is a good Bond movie but with a bit more care it could have been a great Bond movie.