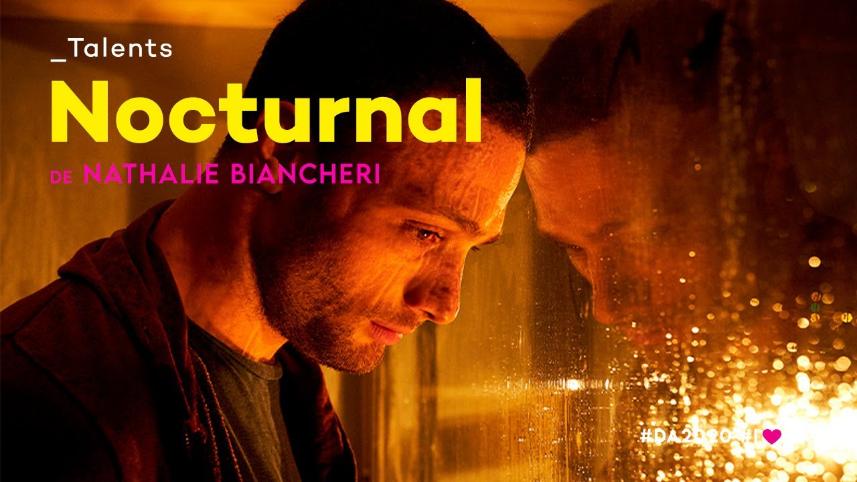 The story of a 33 year old man befriending a 17 year old school girl never makes for a comfortable and pleasant watch and so it proves with Nocturnal, the debut feature from director/writer Nathalie Biancheri.

17 year old Laurie (Lauren Coe) is a promising runner and has just moved from Ireland back to the town and the home where her mother (Sadie Frost) grew up. At one of her school training sessions she catches the eye of Pete (Cosmo Jarvis), a 33 year old painter and decorator. Behind her mother’s back she becomes friends with Pete and as their friendship grows it becomes more and more obvious that she sees Pete as more than just a friend.

Whilst Pete’s motivation is never made clear, most people watching will know from the outset his reasoning and that’s one of the problems with the story, Laurie’s is more obvious. A bit of a loner and dumped by her boyfriend Pete happens to be in the wrong place at the right time.

The problem with Nocturnal is that Pete’s reason for befriending Laurie is so obvious to the audience that it becomes really uncomfortable watching the pair bond. It’s hard to imagine any person dealing as badly with the situation the way that Pete does and his actions take away a lot of the story’s credibility.

On the plus side Cosmos Jarvis and Lauren Coe are terrific in their respective roles. It’s just a shame that they couldn’t have been helped out by a tighter and more logical script.