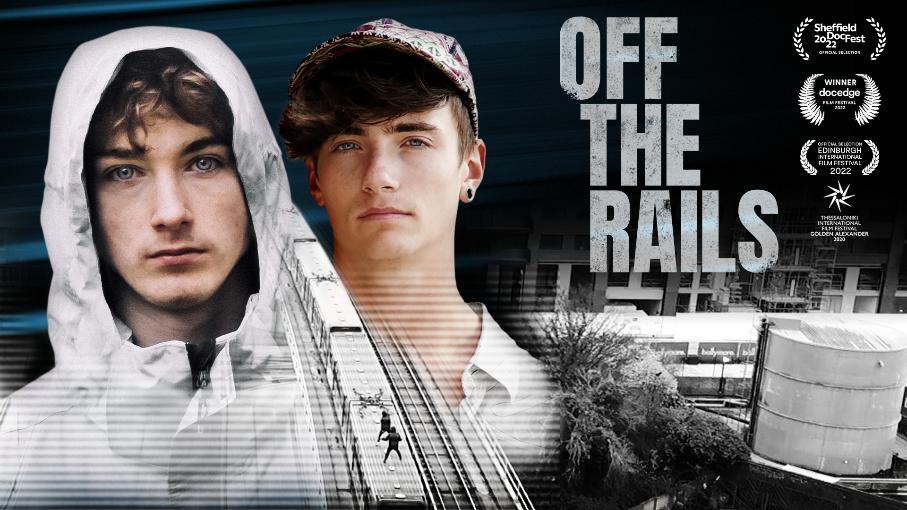 Rikke Brewer and best mate Aiden Knox hone their spectacular UrbEx stunts and gravity-defying Parkour skills in a bid to find fame and even fortune from YouTube. But the trauma of a close friend’s death triggers darker stories of broken families and fragile mental health, that threatens to send them both off the rails.

Graduating from parkour and free-running in their hometown in Surrey, Rikke and his friends take on more ambitious urban exploration escapades across Europe including high-risk climbs of the Severn Bridge, Forth Road Bridge and Berlin’s TV Tower as well as train-surfing London’s Tube and the Paris Metro.

‘Growing up isn’t an easy journey’ says Alan, Aiden’s father in this modern coming of age story. We accompany the boys on their own journeys as they try to make sense of the excitement of first love, take part in adrenaline-fuelled feats and enjoy the thrill of getting into scrapes but also as they suffer incredible losses that lead to spells of homelessness, alcoholism and time in prison.

Outgoing Rikke seeks to numb his loss and pain through dangerous UrbEx stunts and the addictive dopamine hits, as well as the income, he achieves from his blossoming career as a YouTuber. His mother Mary compares his behaviour to self-harm, saying ‘it’s like you’ve got cuts all over you. But you can’t see it.’

Aiden, more introverted, seeks solace in Parkour, while working menial jobs to pay for his increasing reliance on alcohol. His miss take on the well-known catchphrase ‘live young, die fast’ (sic) assumes increased significance as he urges Rikke not to risk his own life or those of others with his reckless stunts as both ruminate on how it might be possible to achieve 15 million ‘likes’ for doing ‘something that’s inspirational and gets you to do good’.

Featuring a heady mix of exclusive archive shot by the boys and their friends over a ten-year period with searingly honest interviews and self-reflection, the film reveals the rich story of their formative years. As we watch the stunts with sweaty palms and open mouths, we engage with the warmth and humanity of these extraordinary young men.

Off The Rails
1h 31m
Documentary
Director: Peter Day
UK Release: Screening across Scotland from 18th August with a Q&A screening with Director Peter Day at the Edinburgh International Film Festival on 19th August. Full details of screenings at
www.factionmedia.co.uk/screenings