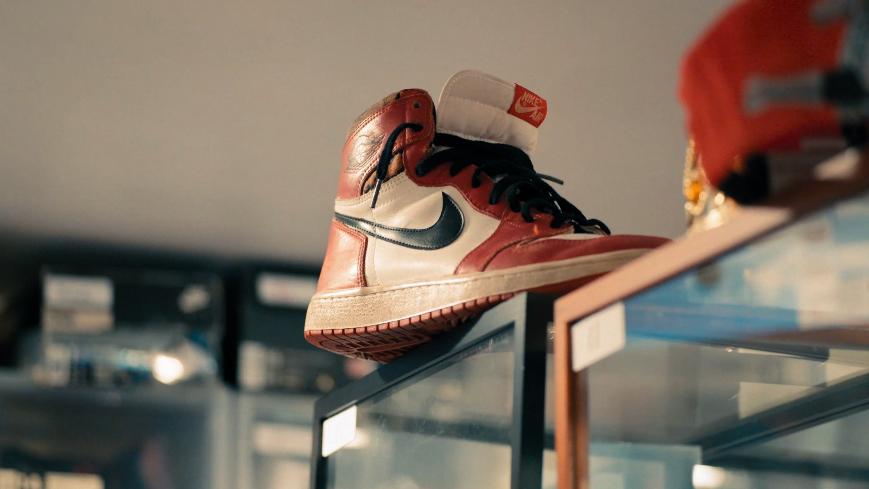 ONE MAN AND HIS SHOES, the untold story of the world’s most iconic sneaker directed by Yemi Bamiro and produced by Will Thorne. The film will receive its UK premiere on Tuesday 13 October at The BFI London Film Festival in the Debate strand, the virtual screening will follow with a Q & A with the director who hails from South London.

ONE MAN AND HIS SHOES tells the story of the phenomenon of Air Jordan sneakers showing their social, cultural, and racial significance and how ground-breaking marketing strategies created a multi-billion-dollar business. But it is also a story with a dark side — manufacturer Nike's high price tag and genius marketing strategy have fuelled a demand so high that since 1989, young people have killed and been killed for a pair. Nike has turned a blind eye. This film is a parable of America's dark love affair with consumer capitalism and celebrity culture. Yemi Bamiro’s debut feature is a labour of love that presents a multi-layered story spanning 30 years, featuring a mix of archive footage and graphic animation in a cinematic and entertaining way. The film features interviews with Michael Jordan’s former agent David Falk, former NBA commissioner David J Stern, scout Sonny Vaccaro, original designer Peter Moore, Nike marketing and advertising executives, and journalists who reported first-hand on sneaker crimes. The documentary also includes an interview with Dazie Williams, whose son was tragically killed over a pair of Air Jordan’s. ONE MAN AND HIS SHOES has been picked up for distribution in the UK by Dartmouth Films, who are renowned for championing, making, and distributing important independent documentaries. Parkland Pictures are representing the film to VOD platforms. The film will release in cinemas from Friday 23 October and be available on VOD from Monday 26 October. To champion the film and reach as wide an audience as possible, there will also be a series of exciting virtual events in partnership with We Are Parable and Massive. Yemi Bamiro explained: “I'm elated that One Man and his Shoes has been selected to screen at the BFI London Film Festival. I've been attending LFF as a film fan for so many years and have always hoped to one day have a film at the festival, so naturally, this is incredible news. I'm excited that UK audiences will finally get to see this film. It's been a labour of love for so many years.”
One Man And His Shoes
1h 23m
Director: Yemi Bamiro
Cast: David Falk, Jamele Hill, Scoop Jackson
Tickets now on sale for the BFI London Film Festival UK premiere on Tuesday 13 October at 18:30, the virtual screening on the BFI Player will follow with a Q & A with the director Yemi Bamiro
Tickets can be bought at https://www.bfi.org.uk