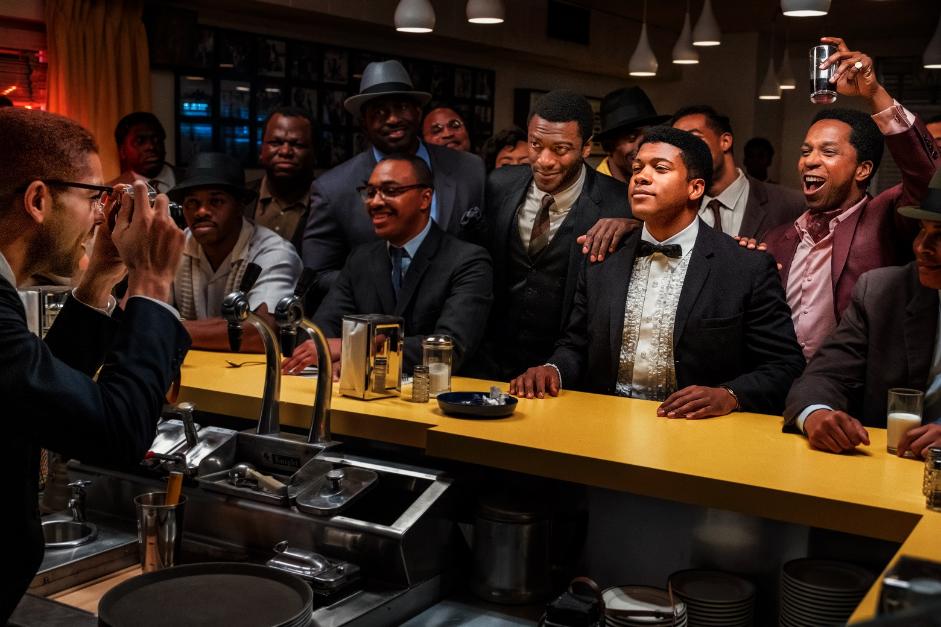 Amazon Studios has set a release date for Oscar and Emmy-winner Regina King’s feature directorial debut, One Night in Miami…, written by Olivier-nominated Kemp Powers, based off his 2013 stage play. The critically-acclaimed film will open in select UK cinemas on 26 December 2020, a day after the US, followed by a global launch on 15 January 2021 exclusively on Prime Video. Producers are Jess Wu Calder and Keith Calder of Snoot Entertainment and Jody Klein of ABKCO, King and Powers are executive producers. Chris Harding and Paul O. Davis also executive produce.

Following its world premiere at the Venice Film Festival and Toronto International Film Festival, this strong contender achieved critical raves across the board, quickly garnering awards buzz in this year’s Oscar race. Starring British actor Kingsley Ben-Adir, Eli Goree, Aldis Hodge and Leslie Odom Jr., One Night in Miami… has been praised for its timely and effective performances, with a knock-out feature directorial debut from King based off Powers’ bold story.

King said, "To complete and release a film within the same year is a difficult task. We welcomed the challenge because we knew now was the time for this film to be released. Amazon fully supported our intention and I could not be more excited this prescient story will be seen across the globe."

Set on the night of February 25, 1964, the story follows a young Cassius Clay (before he became Muhammad Ali) as he emerges from the Miami Beach Convention Center the new World Heavyweight Boxing Champion. Against all odds, he defeated Sonny Liston and shocked the sports world. While crowds of people swarm Miami Beach to celebrate the match, Clay - unable to stay on the island because of Jim Crow-era segregation laws - instead spends the night at the Hampton House Motel in one of Miami's historically black neighborhoods celebrating with three of his closest friends: activist Malcolm X, singer Sam Cooke and football star Jim Brown. The next morning, the four men emerge determined to define a new world for themselves and their people.

In One Night in Miami…, Powers explores what happened during these pivotal hours through the dynamic relationship between the four men and the way their friendship, paired with their shared struggles, fueled their path to becoming the civil rights icons they are today.

The film also features original song “Speak Now” written and performed by Leslie Odom Jr., ABKCO will release the official One Night in Miami original soundtrack album in conjunction with the film.