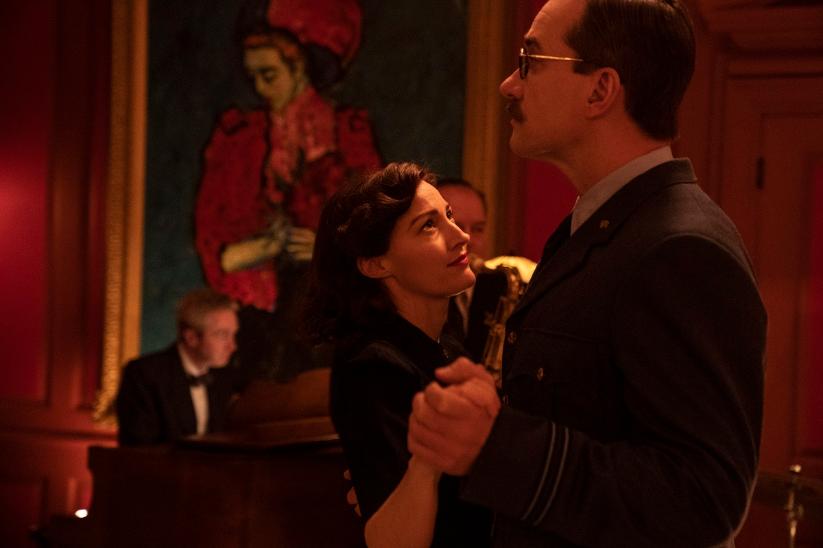 The story behind Operation Mincemeat isn’t new to cinema screens as it was previously told in 1957 in The Man Who Never Was. That story was based on a book by Ewen Montagu whereas Operation Mincemeat (2022) is based on a book by Ben MacIntyre. Both stories , whilst each telling the story of one of the great ruses of the Second World War, flesh out the military operation with some soap opera type drama.

In the case of Operation Mincemeat (2022) the task of deceiving the Nazi’s into thinking that the British are going to invade Greece and not Sicily falls to two Naval intelligence officers, Ewen Montagu (Colin Firth) and Charles Cholmondeley (Matthew MacFadyen).

The true story is the most fascinating and interesting part of the tale with the rest all pretty much feeling like filler, Kelly MacDonald is the love interest who, after recently being widowed, catches the eye of both Montagu and Cholmondeley. Both of her superiors also have their own emotional baggage to drag about, Montagu’s wife has left him to go to the safety of Canada and doesn’t intend to return whilst Cholmondeley’s mother longs for the return of her favourite son from the war, sadly we know, as does Cholmondeley, that he’s long dead. Meanwhile Montagu’s strange brother (Mark Gatiss) who lives with him might or might not be a Russian spy. This leads to Montagu and Cholmondeley’s commanding officer (Jason Issacs) ordering Cholmondeley to spy on Montagu.

The plot, when you take away all the clutter, which if you didn’t know involves a dead body and some secret documents, is actually pretty good. In fairness in trying to blend a soap opera with a documentary director John Madden has tried to appeal to the widest cross section of the cinema going audience as possible, whether he succeeds is open to debate.