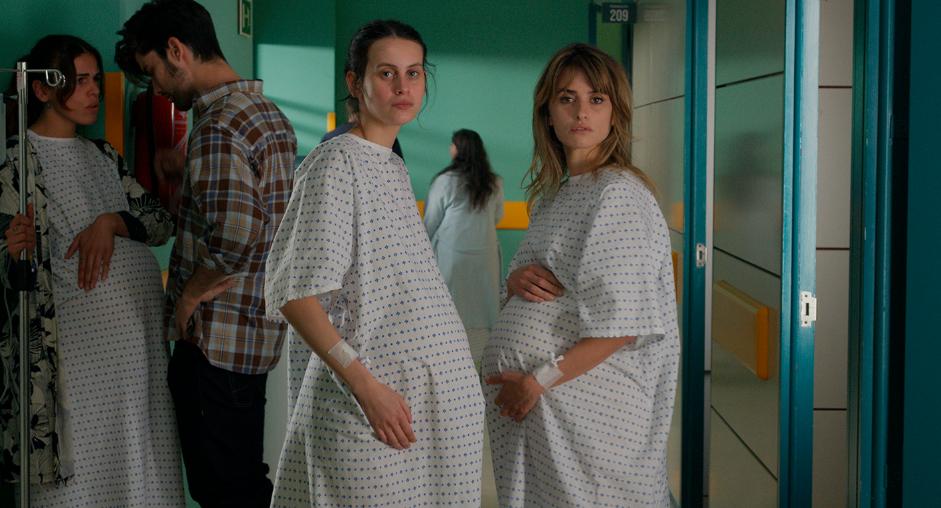 Director Pedro Almodovar’s beautifully crafted and exquisitely acted Parallel Mathers stars Penelope Cruz, in her eighth film for Almodovar, as Janis, a Spanish photographer who, whilst photographing the site of a suspect mass grave where the remains of those murdered during the Spanish Civil War, including her own great-grandfather, might lie, falls for the married archaeologist responsible for the dig.

As things tend to do in dramas Janis finds herself pregnant and alone and it’s during the birth of her baby, in a maternity hospital, that she meets another single mother, teenager Ana (Milena Smit).

After leaving the hospital, whilst Ana bonds with her child Janis has the opposite feelings and starts to doubt the parentage of her child who appears to have absolutely nothing in common looks wise with her. The plot, which I won’t give anymore away for fear of spoiling the story, becomes more implausible, in terms of some of Janis’s decisions, the longer the story progresses.

Parallel Mothers does at times feel like two separate films as Almodovar, with limited success, tries to mesh the story of the Spanish Civil War, or at least how it has effected the countries current generation, with the relationship between the two women.

Parallel Mothers in terms of the storyline is nothing special, what is special is the performances of Cruz and Smit who together manage to lift Parallel Mothers above the ordinary.