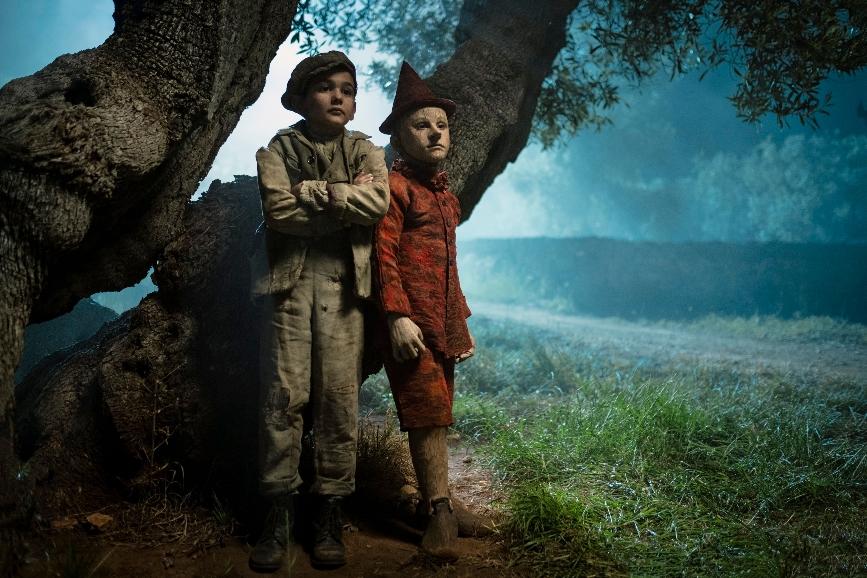 Based on the famous 1883 children’s novel by Carl Collodi Pinocchio has been brought to the screen on a number of occasions, most famously in 1940 by Walt Disney. This Italian version of Pinocchio dispenses with the animation and instead ops for live action.

Roberto Benigni, who played Pinocchio himself back in a 2002 version plays Geppetto, the father and creator of the wooden puppet who wants to be a real boy.

The story sees Pinocchio being taken from his poor father by the puppet master Mangiafuoco (Gigi Proietti). After gaining his freedom, and whilst trying to make his way back to his father, he comes across various bizarre characters. Some of the curious oddities he meets include two thieves called Gatto (Rocco Papaleo) and Volpe (co-writer Massimo Marotta), the pair in one of the films darker scenes hang Pinocchio from a tree so they can steal his gold coins from his dead body, a fairy (Marine Vacth) and a kindly cricket (David Marotta). There’s even a monkey judge who plans to throw poor Pinocchio in jail because he’s too honest.

Fans of the Disney version will recognise the pivotal scenes where Pinocchio is swallowed by a whale, is turned into a donkey and of course, the famous scene where his nose grows after he lies.

Director Matteo Garrone brings to life Pinocchio and his world in stunning detail, from the fantastic part CGI created Pinocchio to the picture perfect sets every shot is a visual treat.

If you’ve only ever seen Disney’s version of Pinocchio, or even if you haven’t, make sure and take the time to catch this whilst it’s in cinemas as it deserves to be seen on the big screen.