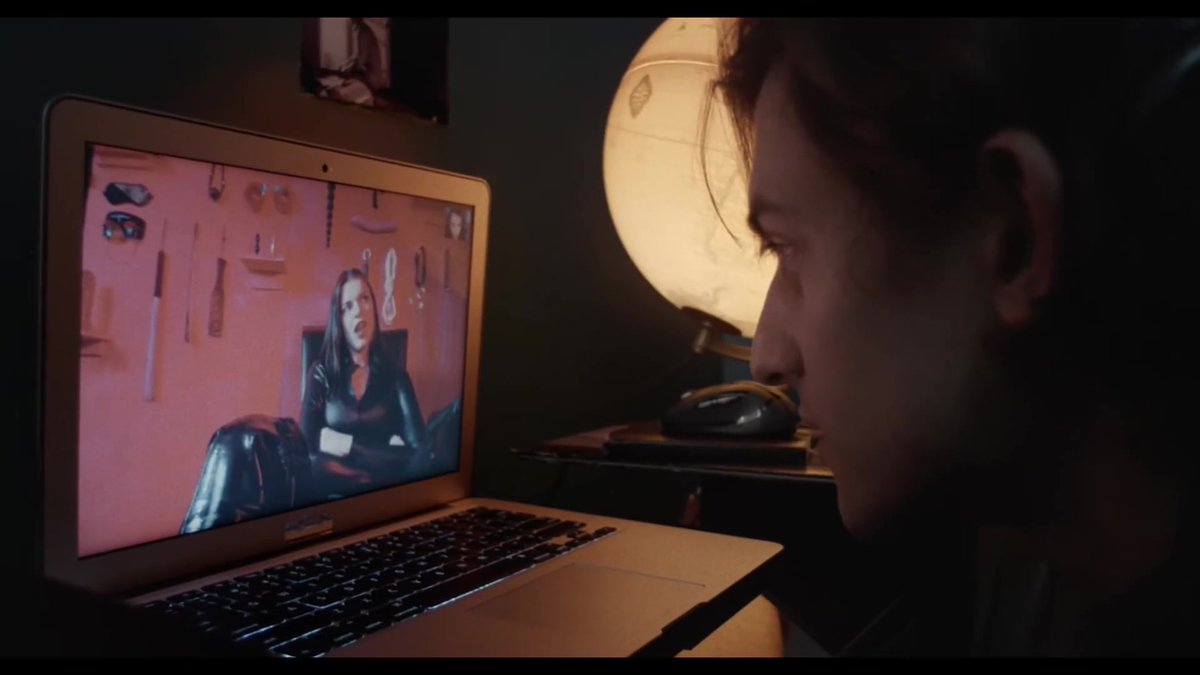 I’m sure when the director/writer, Ben Hozie starting filming PVT chart at the beginning of 2018 the idea of a young man reclusively locking himself in a flat in New York City and becoming addicted to on line chats rooms and gambling websites must have seemed like something really unusual. Fast forward to its release at the start of 2021 and with the world in lockdown due to a pandemic the subject might be closer to home for some people than Hozie could ever have imagined.

His obsession reaches boiling point when he sees someone who resembles her in a New York street and during a chat comes to an agreement that if he can find her the pair will fly to Paris together.

PVT chat is a harrowing portrait of loneliness and, due in no small part to a riveting performance from Vack, it’s easy to see why Jack ends up in the position that he’s in. Obnoxious and arrogant it’s little wonder that his only friends are two deadbeats that he only meets because one of them comes to paint his flat.

If there is one part where Hozie struggles to tell his story it’s in the ending, or as the case may be, lack of ending. Not to give away any spoilers but at the conclusion it does feels as if you’ve been reading a novel and someone has torn out the last two pages.