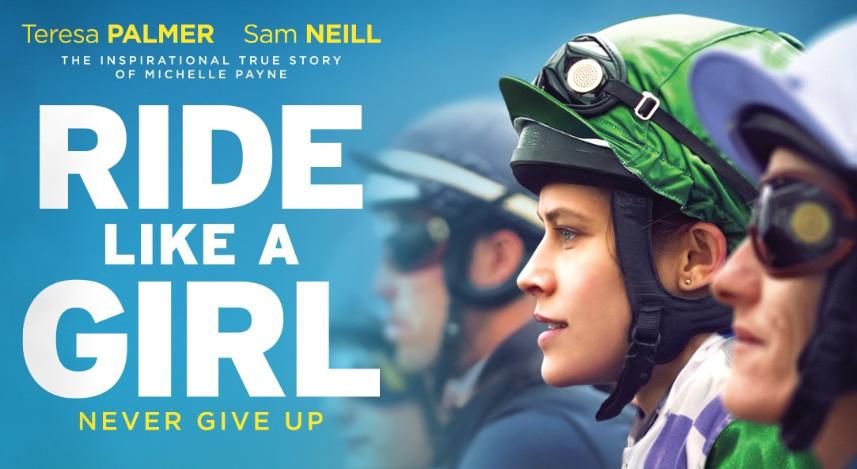 Ride Like A Girl is the true story of Michelle Payne (Teresa Palmer) who was the first female ever to win Australia’s Melbourne Cup – horse racing’s toughest two-mile race.

Payne was born with horse racing in her blood. The youngest of 10 children, Michelle was raised by her widowed father Paddy (Sam Neill) who was himself a successful horse trainer.

Ride Like A Girl is a heart-warming film that will have you cheering for the heroine even although you know the final outcome.

From the death of her mother at an early age to fighting the mainly sexist hierarchy within the racing community, Payne’s story is all the more extraordinary given the hardships that she had to go through in order to win one of horse racing’s greatest prizes.

The cast are all fantastic, Palmer in particular is good as the gutsy heroine however her thunder is nearly stolen by Stevie Payne, the real brother of Michelle Payne. Stevie, who has Down syndrome, plays himself in the film and gives a performance that’s made all the more remarkable given that he’s never acted before.

Ride Like A Girl is a fantastic feel good film and comes highly recommended.