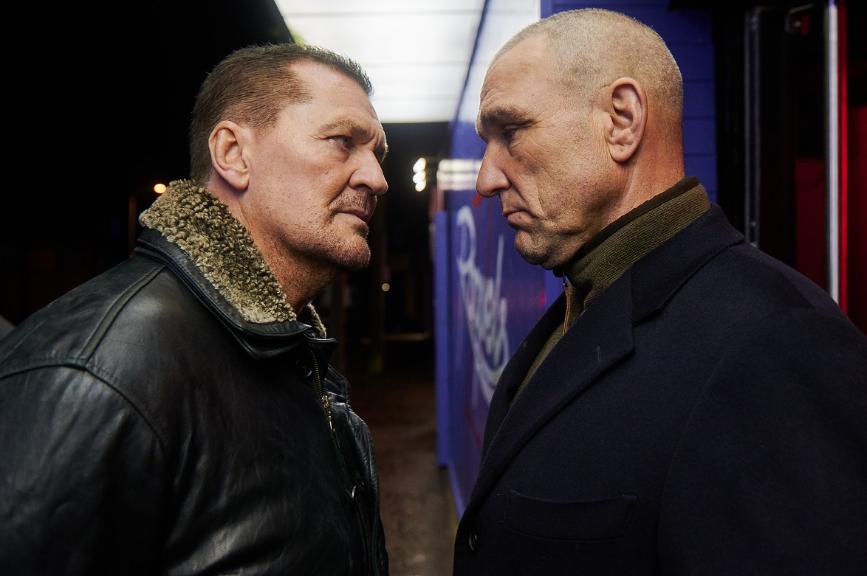 The fifth movie in the successful Footsoldier franchise, which won’t come as a surprise given its title, Rise Of The Footsoldier: Origins, takes us back to the origins of the series characters.

Set in the 1980’s Tony Tucker (Terry Stone) has just left the army and whilst out of a job he comes to the assistance of a young boy who’s being assaulted in the street. After fending off the attacker it turns out that the victim’s grandfather owns nightclubs in the local area. Offered a favour in return Tony asks for a job and takes over the door of one of the old boys clubs.

With Tony on the door the club starts raking in the money bringing him to the attention of a rival club owner (Keith Allen) whose business isn’t doing so well. Making him an offer he can’t refuse Tony takes over the running of the new club, a club where one of the doormen happens to be fellow hard man, Bernard O’Mahoney (Vinnie Jones).

At first everything is going great until Tony starts dabbling in selling drugs and after a fall out with some local drug dealers everything starts to go pear shaped..

It wouldn’t be a Footsoldier movie without rival gangs fighting and that’s pretty much the way it goes after Tony falls out with a rival dealer.

It’s all pretty good, if somewhat violent fun, and the C word is splattered about as if it’s the only swear word that the script writers know.

Never having seen any of the previous movies it’s hard to say how this ranks against the other four but based on my enjoyment of Rise Of The Footsoldier: Origins I might just dip my toes into the franchise.