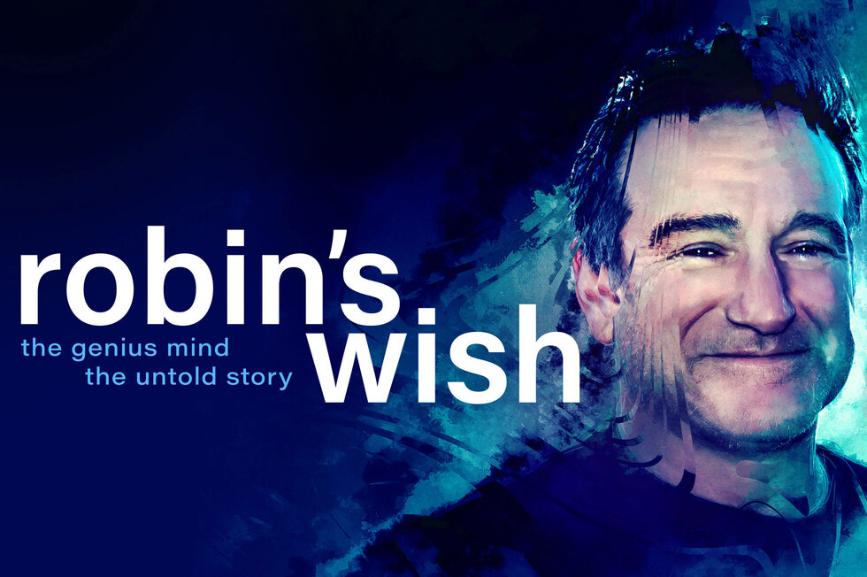 Robin Williams one of the greatest actor/comedians ever to grace the silver screen, took his own life at his home in Paradise Bay California on the 11 th August 2014. Newspapers at the time speculated that he had taken his life due to depression or overwhelming financial difficulties. What the papers and Robin Williams himself didn’t know, the true fact only coming to light after an autopsy, was that he was suffering from “diffuse Lewy body dementia”, an incurable brain disease that causes depression, anxiety and paranoia. His widow Susan Schneider Williams describes the decease as “the terrorist inside my husband’s brain”.

Told by various people who knew him, including friends’ neighbours, medial experts and family Robin’s Wish is an eye opening and moving account of how this incurable disease had a devastating effect on Robin William’s mental health during the final few months and days’ before his untimely death. Shawn Levey the director of The Night at the Museum trilogy of films describes, heartbreakingly, how in the final film William’s, a normally confident actor, was racked with self-doubt and worry.

The one thing that is clear from Robin’s Wish is that not only was he a fine actor and comedian but he was also a genuinely nice person who had time for his neighbours and friends.

Robin’s Wish is a fitting tribute to one of the 2Oth Century’s greatest talents and is not to be missed.