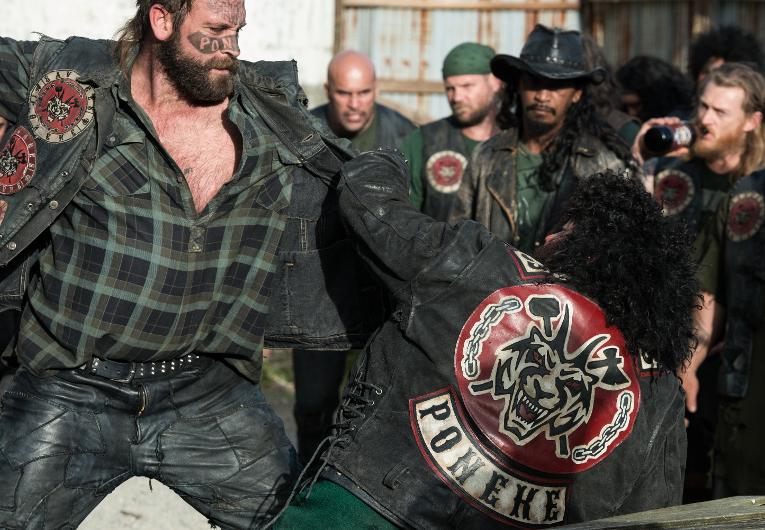 We first meet Danny, a tattooed faced enforcer for a biker type gang called the Savages in 1989 when he’s knocking a claw hammer through the back of a fellow gang member’s hand. The main goal of the Savage members, who are led by Danny’s best friend Moses, seems to be to live a life of hard drinking and partying.

It’s at one of these parties, and after meeting a girl who admires his tattoos, that Danny starts reflecting on his life.

We then jump back to 1965, and probably the best section in the film, to when Danny was a boy.

It’s in this time period that we find out how Danny becomes who he is in later life. Ruled over by a bullying father and left half starving he’s sent to borstal for stealing some food out of the local grocery store.

At the borstal he’s subjected to violence by not only his peers but also by the staff and it’s here that he meets his lifelong friend Moses.

We’re than transported forward in time to 1972 and the period where the gang is formed.

The sections covering 1965 and 1972 are easily the best in the film with some beautiful photography and some touching performances. Unfortunately these sections only highlight the unevenness of the story as it tends to flag when the story jumps back to 1989.

Savage is certainly no Easy Rider but it’s nevertheless an enjoyable if somewhat uneven watch.