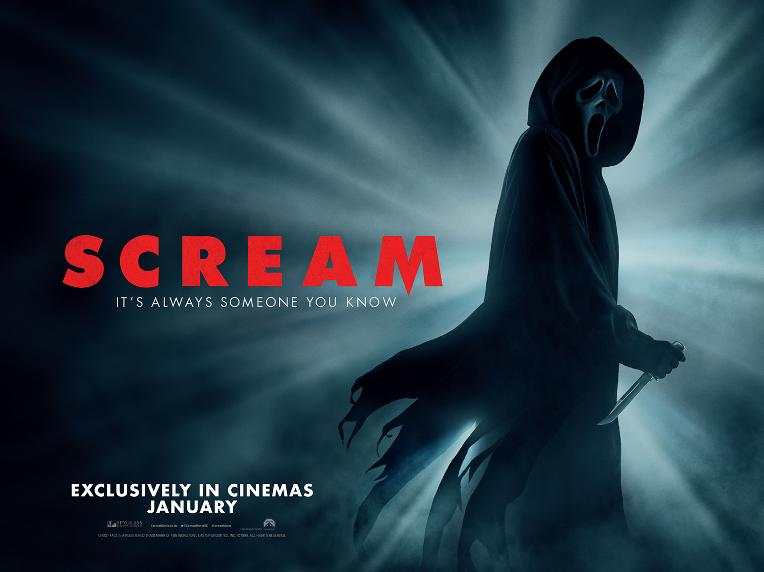 11 years after the last instalment the fifth outing from the Scream franchise hits the screens and fans won’t be disappointed. Sticking firmly to the formula that made the previous four films so enjoyable and successful Scream 2022 feels, much like the recent Ghostbusters: Afterlife, like the welcome return of an old friend. And with Screams mix of the old cast and new young additions it also feels pretty similar to the aforementioned Ghostbusters Afterlife.

For those familiar with previous Scream films the plot will come as no surprise Ghostface is back in Woodsboro where he’s stabbing and slashing to death the town’s teenagers. The first person in Ghostface’s sites is young Tara Carpenter (Jenna Ortega), after she survives the attack her sister Sam, who she hasn’t seen for a number of years and who might or might not have a dark secret to hide, returns to Woodsboro in order to protect her sister from Ghostface who she believes will return to finish the job.

Looking for help Sam and her boyfriend (Jack Quaid, son of Dennis) approach Dewey Riley (David Arquette), who is now a bit of a recluse and separated from Gale Weathers (Courteney Cox), for help. Reluctant at first to help, he eventually joins up with them after the bodies start to pile up.

It’ll come as no surprise to anyone, especially if you’ve seen the trailers, that both Courteney Cox and Neve Campbell reprise their roles from the previous films.

Scream is a lot of fun and like the previous films, doesn’t take itself too seriously and is only too happy to poke fun at the nonsense that’s unfolding before us.

It would be too easy to say that Scream (2022) is just a remake of the original (1996), the cast even debate when is a sequel a reboot and when is it not, but, in fairness, every one of the previous three films that came after the original have all been pretty much reboots, the Scream films have a recipe and they pretty much stick to it.

If there is one complaint , the original films director Wes Craven sadly died in 2015, new directors Matt Bettinelli-Olpin and Tyler Gillett stretch the final act, where the killer is revealed, out a bit longer than is necessary, but that’s a small complaint as besides this Scream is a hugely enjoyable entry in the apparently, hopefully, never ending Scream franchise.