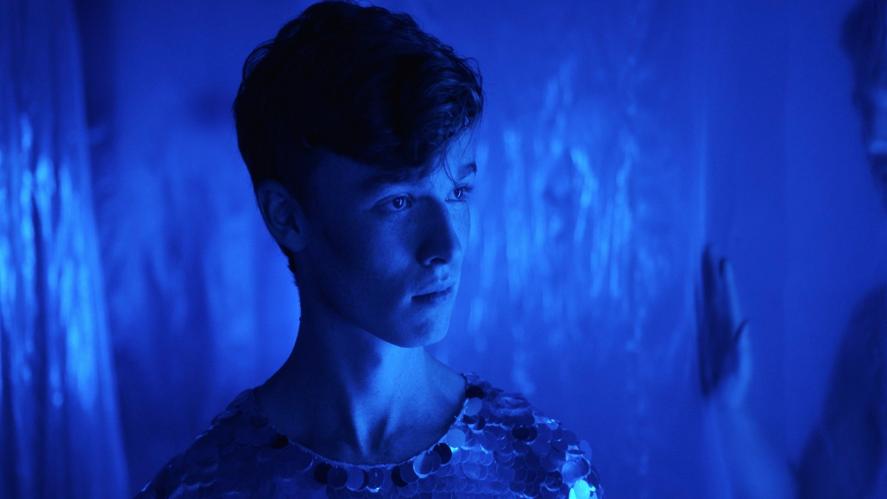 After a chance encounter at an anonymous sex party, a sixteen year old boy hunts through the world of a hook-up app to track down the mystery man. Favouring the instant gratification of anonymous, no-strings sexual encounters over meaningful relationships, high schooler Sequin is part of the always logged-on, but never-engaged, hook-up generation. He ghosts ex-partners and remains emotionally unavailable. That's until he finds his way to an anonymous sex party, where a whole new dizzyingly alluring world unfolds before him. In one scene, Sequin connects with a mysterious stranger, but they are separated suddenly. Utterly fixated on this man, Sequin sets off on an exhilarating and perilous mission to track him down. Cowritten by Jory Anast and Samuel Van Grinsven, Sequin in a Blue Room is a highly-accomplished queer coming-of-age tale and a breath of fresh air from the Australian independent film scene.