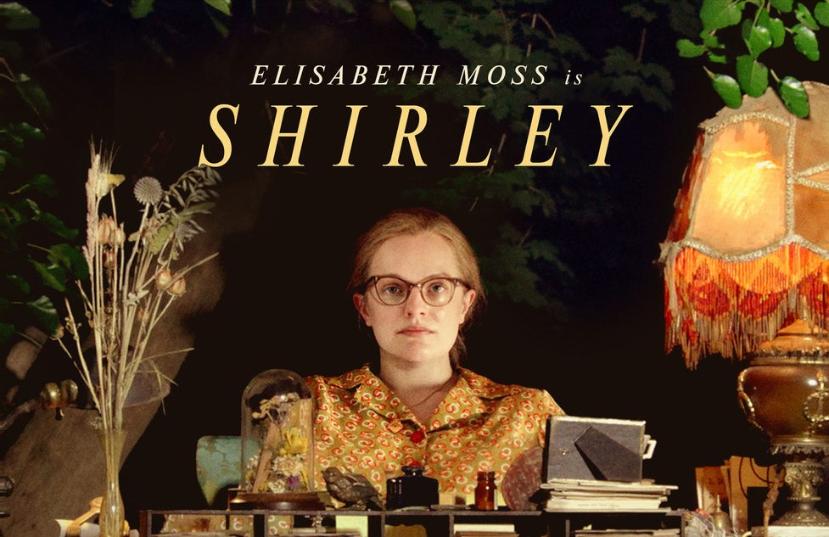 Shirley Jackson’s short story “The Lottery” caused a sensation in America when it was released in 1948. Described in a biography as “writer, housewife and witch” Jackson was a character whose private life was as scandalous as her novels.

“Shirley”, the film, is set in the early 50’s and charts an imagined chapter in the life of Jackson who by this time had become a literary sensation, Netflix’s The Haunting Of Hill House is one of her ghost stories.

The story begins with newlywed couple Rose and Fred Nemser (Odessa Young, Logan Lerman) moving in with Jackson (Elizabeth Moss) and her husband Stanley Hayman (Michael Stuhlbarg). At first it’s meant to be a short arrangement however the couple are invited to stay longer after Michael takes Fred, who is a student at the college where he teaches, under his wing.

Shirley, who spends most of her day depressed and lying in her bed, is suffering from writers block. Her mental state and periods of mournfulness isn’t helped by her husband’s philandering and his constant criticism of her work.

With her husband’s behaviour causing rifts in their relationship Shirley starts to turn to young Rose for companionship.

Moss try’s her best to give some depth to Shirley but she’s such an obnoxious and unlikable character it’s hard to have any sympathy’s for her plight, in fairness her arrogant husband’s not much better giving you the feeling the couple deserve each other.

Shirley is a hard watch that’s not helped by a story that becomes more and more confusing the longer it runs. Fine performances from its cast can’t help lift Shirley above the ordinary.