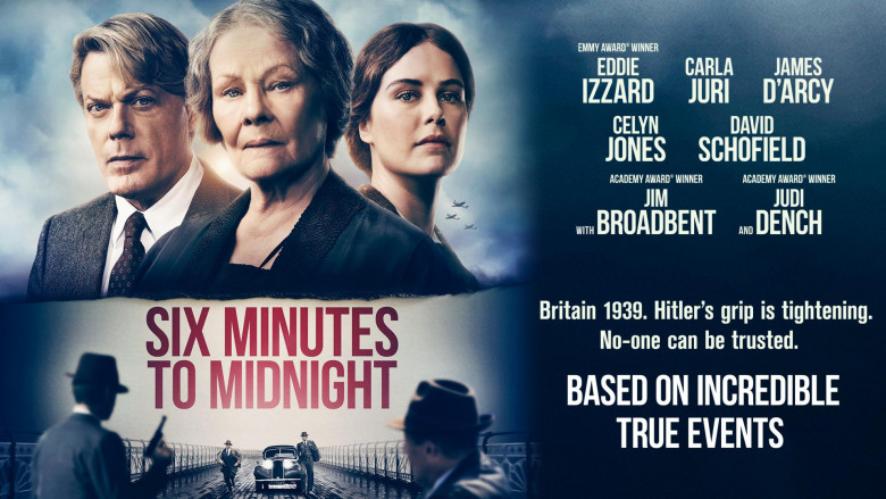 As a co-writer and executive producer of Six Minutes To Midnight Eddie Izzard casts a large shadow over the film and can be the only reason why he’s woefully miscast in this clumsy attempt at an Alfred Hitchcock wrong man type of thriller.

Set in an English finishing school for girls, in the summer of 1939 just prior to the outbreak of The Second World War 2, Miss Rocholl (Judi Dench) hires English teacher Thomas Miller (Eddie Izzard) to replace the previous teacher who has disappeared under mysterious circumstances.

The school itself is no ordinary education establishment as all of its pupils are German and are daughters and goddaughters of the Nazi elite. Miller as it turns out is a British agent sent by Whitehall to spy on the girls and their German tutor Ilse Keller (Carla Juri). His mission is to find out when they plan to return to Germany thus giving the government the chance to capture them before they make a bid to return home.

After Thomas is framed for a murder that he didn’t commit he goes on the run to clear his name and uncover Ilse’s plan for the girls.

Six Minutes To Midnight, 1154 being the secret number that British spies have to use when calling Whitehall, is so badly scripted, and acted, it’s hard to know if it’s actually meant to be taken seriously. Jim Broadbent, who turns up as a local bus driver, and Judi Dench are two of Britain’s finest actors and even they can’t save this calamity, Dench doing a Nazi sieg heil salute surely must be one of the low points of her career.