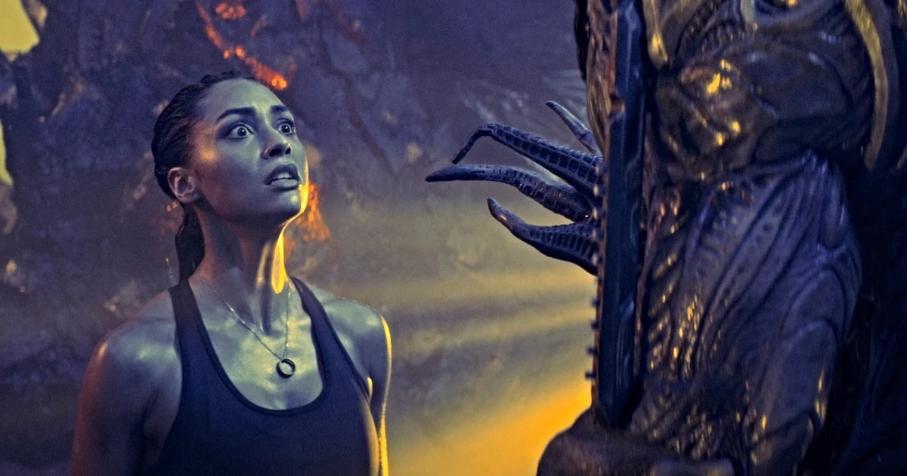 SYNOPSIS: Several years after aliens invaded Earth, former killer extraterrestrials have had their biology altered so they can peacefully coexist with humans. When a lethal virus emerges, the aliens start to revert to their unstoppable, human-hunting form. To save Earth, super-powered hybrid Captain Rose Corley must lead a team of elite soldiers on a deadly mission beyond the far reaches of space to the alien planet Cobalt1. This time, to save our world - we must invade theirs. With writer and director Liam O’Donnell again at the helm of this thrilling sequel, expect explosive action, mind-bending special effects and a continuation of the galactic world-building that fans have come to know and love from the action sci-fi series.
SKYLINE3S
1h 50m
Director: Liam O'Donnell
Cast: Lindsey Morgan, Jonathan Howard, Rhona Mitra
UK Release: Cinemas and Digital HD 18th December 2020