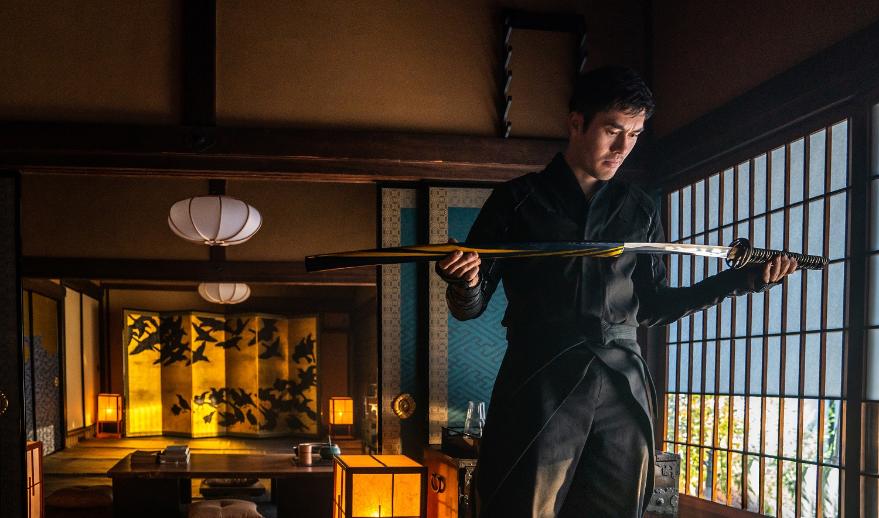 The G.I Joe movies, G.I Joe: The Rise Of Cobra (2009) and G.I Joe: Retaliation (2013), have all done well at the box-office so it’s something of a surprise that it’s taken over 8 years for a new G.I Joe movie to hit cinema screens. However based on the underwhelming Snake Eyes: G.I. Joe Origins I for one won’t be too disappointed if it takes another 8 years before we see this character again.

Badly acted, with some horrendous dialogue and action scenes that vary between sword fights in the street, sword fights on motor bikes and sword fights on roofs, Snake Eyes: G.I. Joe Origins makes the recent Mortal Kombat seem like a masterpiece of cinema.

The story involves Snake Eyes (a woefully miscast Henry Golding), later to become G.I Joe, out to avenge the death of his father, he takes the name Snake Eyes after his father’s assassin rolled a pair of dices to see if his father would live or die, the dice ended landing on a pair of ones, hence Snake Eyes.

After joining up with a local crime gang he’s taken in by an ancient Japanese clan called Arshikage after he saves the life of the clan’s heir. Whilst he’s trusted by his new “family” Snake Eyes is still secretly working for the crime gang. The gang have his father’s killer and will hand him over to Snake Eyes if he steals an all-powerful diamond that can be used as a weapon.

Directed by Robert Schwentke (The Divergent sequels) G.I Joe Origins is a movie that no one comes out of with much credit, normally reliable actors, including Andrew Koji as Storm Shadow, Úrsula Corberó as The Baroness, Samara Weaving as Scarlett, Haruka Abe as Akiko, Tahehiro Hira as Kenta and Iko Uwais as Hard Master, add nothing to their reputation. With a plot line that’s all over the place and action scenes that all feel the same G.I Joe Origin has to go down as one of the disappointments of the summer.