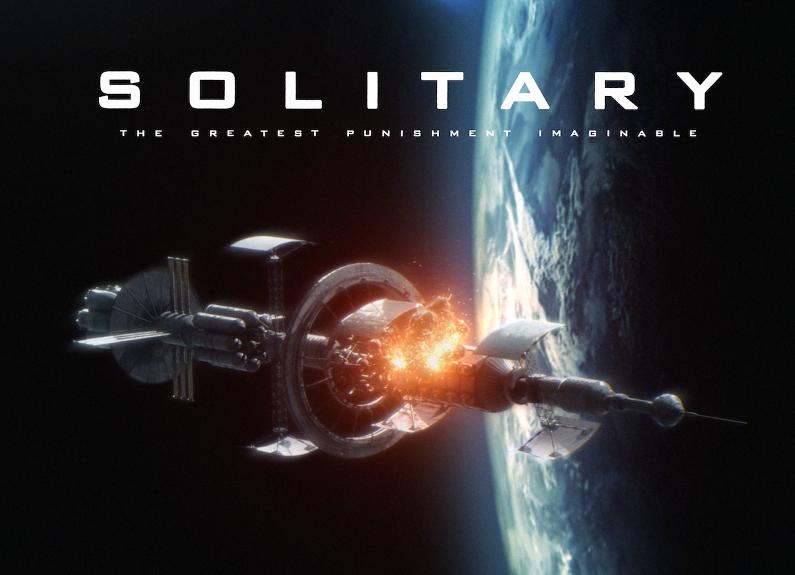 SOLITARY opens up in the year 2044 with the Earth on the brink of destruction due to its rapidly depleted resources. Prisoner Isaac Havelock (Sachon) wakes up on board a space pod to find out he’s been condemned to life on Earth's first colony with no way home. As he wakes, he realises he’s not alone, as he’s greeted by the mysterious Alana Skill (Tolhurst), and together they start piecing together what’s happened and try to plot a course back home.

The film is written, directed and produced by Luke Armstrong, a filmmaker with a background in Hollywood visual effects, with credits including the 007 franchise, MARVEL and the Oscar-winning JUNGLE BOOK. Using his expert skills and talent, this debut feature film packs a real punch.

The film is also produced by lead actor Johnny Sachon and Sarah-Anne Grill with music composed by Vince Cox and cinematography by Jack Booth.

Luke Armstrong said; “This film started life as a short, shot entirely in my living room with a portable green screen, as we wanted to show just what could be achieved on little to no budget. With that mantra in mind, we made the feature in just 14 days completed it remotely due to Covid-19. I’m thrilled that we’ve come through all these challenges to gain worldwide distribution, so I can’t wait for the film to get out there and find its audience!”

Shot in a contained setting with stunning cinematography and masterful visual effects, SOLITARY pushes the boundaries of independent sci-fi filmmaking on a modest budget.

Luke continues by saying “I try to write films that are grounded in emotional truth and deliver the spectacle with VFX and craft. I love working with actors - it’s our job as directors to find the truth and magic in a performance and nurture it and It always brings a grin to my face watching actors bringing meaning to a scene.”