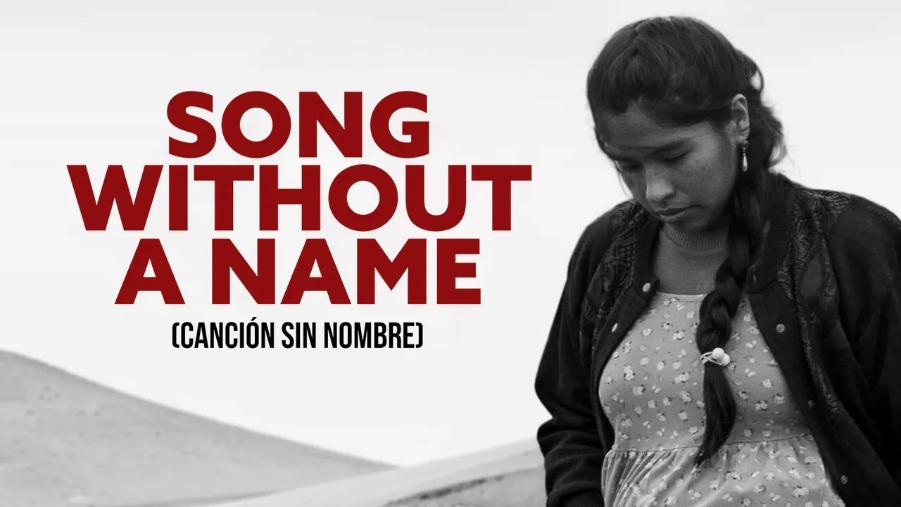 Melina León is the first female Pervuian director to play Cannes and this, her debut feature, went on to be nominated for the prestigious Golden Camera at the festival . Not only is Song Without a Name bruisingly evocative and moving, it’s an important film inspired by a true story of human trafficking.

Song Without a Name (Canción Sin Nombre) is set in Peru in 1988. The country is in the grip of a devastating political crisis. Georgina, a young woman from the Andes, has her newborn daughter stolen, after giving birth at a fake health clinic. The desperate search for her baby leads her to Pedro, a young and tenacious investigative journalist who will stop at nothing to get to the truth.

Song Without a Name, nominated for the prestigious Golden Camera at last year’s Cannes Film Festival, is a bruisingly evocative and almost unbearably moving first feature film from León. Evocatively filmed in stark black and white, it features a poignant performance from newcomer Pamela Mendoza as the beleaguered mother, with Tommy Párraga beautifully measured as the journalist hitting endless Kafkaesque dead ends, as he burrows into the corruption and strife of a country in turmoil.

As well as being a searing examination of the inequities of class, and the dehumanizing effects of politics, Song Without a Name is also a nerve-wracking race against time, with Georgina and Pedro on a seemingly futile search for the stolen child. Audiences who relished the Costa Gravas classic Missing, or the Oscar-winning Spotlight, about the power of journalism to uncover unpalatable truths, and Alfonso Cuarón’s Roma, will find themselves haunted and enthralled by this assured, resonant masterwork.