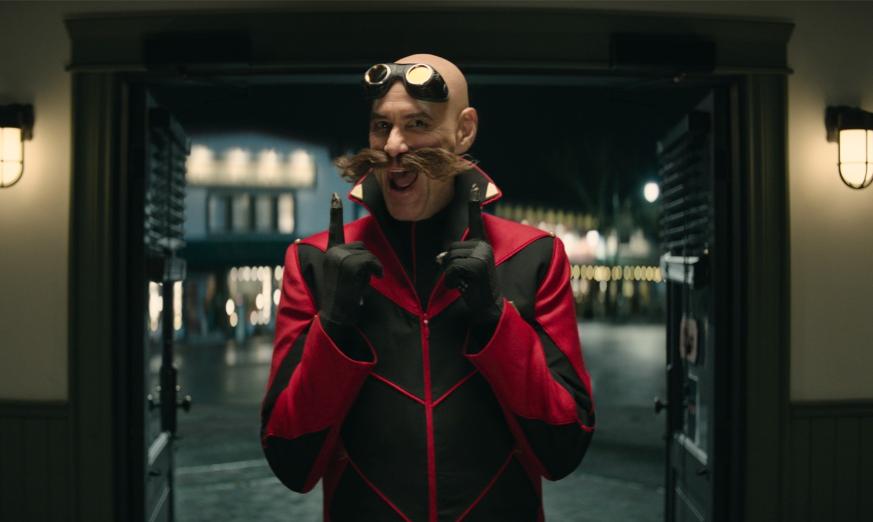 With Dr Robotnick (Jim Carey) still stuck on the Mushroom Planet , Sonic the Hedgehog 2 starts off from pretty much where the 2020 original ended and becomes, with the same cast returning, more of a continuation to the story as opposed to a sequel, think of it as more like Sonic part 2.

Unsurprisingly Dr Robotnick manages to escape the said Mushroom Planet and heads back to earth with his new found “friend” and sworn enemy of Sonic, Knuckles (Idris Elba). On earth the evil pair go on the hunt for a long lost emerald that has the power to destroy civilizations leaving Sonic (voiced again by Ben Schwartz) and his new friend and sidekick Tails (Colleen O'Shaughnessey) to try and stop them.

With more CGI inspired Sonic action and a bigger cast, adding to the new names James Marsden, Tika Sumpter, Natasha Rothwell, Adam Pally all return from the first film, Sonic 2 feels much more spectacular, in term of the action set pieces, than the first film.

Taken as a standalone film there’s a lot to enjoy and like in Sonic the Hedgehog 2, it’s fast paced, funny and never feels like outstaying its considerable running time of just over 2 hours. To truly get the most from it , it’s probably best if it’s viewed with some knowledge of its 2020 predecessor, however even if you’re new to Sonic’s world there’s still a lot to enjoy. Recommended.